The competition is finally making gains on the world's most valuable technology company.

But behind the headline numbers, Apple's earnings contained a number of signs that the company is increasingly reacting to greatly increased competition in the smartphone and tablet market.

Even as Apple posted better-than-expected iPhone sales of 26.9 million units, iPad sales of 14 million were surprisingly poor. That's in part because some consumers opted not to buy Apple's tablets in anticipation of an upgraded version of the device, which they ultimately got this week when Apple announced a new version of the iPad and a new, smaller-sized model called the iPad Mini. Apple faced a variation of the same phenomenon in the prior quarter, as consumers held off on smartphone purchases ahead of the iPhone 5 launch.

"On a first take, we believe the results were roughly in line across the board with higher iPhone shipments offsetting softness in iPad," RBC Dominion Securities Inc. analyst Amit Daryanani wrote following Apple's earnings announcement.

Unlike in previous years, Apple's new tablets will no longer be relatively unchallenged in the consumer market, thanks to several big-name competitors from Google Inc., Microsoft Corp. and others.

Indeed, on the same day Apple announced its earnings, research firm Strategy Analytics reported that tablets running on Google's Android operating system accounted for 41 per cent of global tablet shipments in the third quarter of 2012, up from 29 per cent a year earlier. During the same period, the iPad's share of the market dropped from 64 per cent to 57 per cent.

"No single Android vendor comes close to Apple in volume terms at the moment, but the collective weight of dozens of hardware partners, such as Asus, Samsung and Nook, is helping Google's Android platform to register a growing presence in tablets," said Neil Mawston, executive director at Strategy Analytics.

In a way, the story in the tablet market closely echoes what has been taking place in the smartphone space, where Android-based phones have slowly overtaken Apple devices to claim the biggest share of sales – if not profits.

Apple's reaction has been, in large part, to diversify its arsenal of tablets in the hope of attracting consumers at different price points. Whereas the traditional iPad is aimed at the high end of the market, the newly announced iPad Mini is clearly targeted at price-conscious consumers. But that strategy, which Apple also employs in the smartphone business by lowering the price of older iPhones when it announced new ones, has also eaten away slightly at the company's margins. Gross margin during the fourth quarter was 40 per cent, down both sequentially and year over year.

The company's earnings announcement came during the same week as the iPad Mini launch, as well as the debut of Microsoft's first branded tablet, the Surface. Just as they did with Android-powered tablets earlier in the week, Apple executives made sure to publicly deride Microsoft's product pre-emptively, as Apple prepares to go head-to-head with the tech world's giants in the tablet and smartphone markets this holiday shopping season.

"I haven't personally played with the Surface yet, but what we're reading about it is that it's a fairly compromised, confusing product," Apple CEO Tim Cook said. "One of the toughest things you do when deciding to make a product is make hard tradeoffs ... I suppose you could design a car that flies and floats, but I don't think it would do all of those things very well." 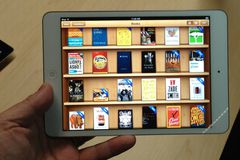 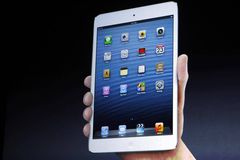 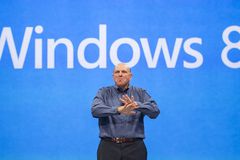 Microsoft: Never mind the cash. Look at its products
October 25, 2012
Apple, Microsoft gambling on a growing taste for tablets
October 21, 2012 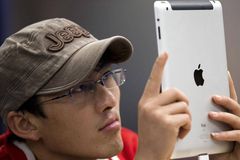 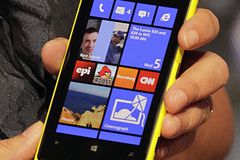