Shares in the world's most valuable corporation have fallen from an all-time high in September of $705 (U.S.) to about $529 – a 24-per-cent drop that erased some $160-billion in value.

The tech giant will continue to see strong sales, and the selloff could be related to big investors taking profits before the end of the year. But fresh off an unusually bad week in which Apple stock sunk 6.4 per cent in one day, some analysts are pointing to rising competition from Google's Android partners, the potential challenges of managing an increasingly global business and the limits of growth in developed markets.

Apple soared as its iPhone dominated the smartphone sector's big expansion from the corporate world to the consumer world, even as new products like the iPad gave the company rich new revenue streams. But future growth is global, as Android empowers manufacturers to make cheaper smartphones for huge populations in developing countries. And even if Apple doesn't want to chase lower margins in emerging markets against more desperate rivals, such as Nokia Corp. and Research In Motion Ltd., it still needs to play in an increasingly global device market.

While the tech giant is expected to continue putting out great numbers, "It's difficult to be both a premium player and a mass market player," says Colin Gillis, a technology analyst with BGC Financial LP who has a "hold" rating on the stock. "The markets where Apple dominates are maturing, about 50 per cent of people in the U.S. have smartphones … There's nothing wrong with Apple, it's just that market dynamics are doing what they do."

Of course, Apple is successful across Britain, continental Europe and a variety of other markets, not just in the United States. In China, where there are seven official stores, Apple has seen strong growth, though that has flagged slightly as Android-using competitors gain market share. Investors are not particularly worried that Apple will fail to find success in new markets, but after so much high-margin success in rich developed markets, the stock is reflecting some worry that Apple is now surveying different terrain.

"How does Apple grow a year from now?" asks Mike Walkley of Canaccord Genuity, who nevertheless has a "buy" on Apple shares. "How do you grow off this base? It worries some investors that growth is really going to slow after the iPhone 5 … There is that worry about lower margins and slower sales."

At the same time, Apple is without Steve Jobs, a leader revered for his attention to detail, who died in 2011. Many critics pointed to the embarrassing glitches in Apple's new maps application as an example of what can happen in the post-Jobs era. On Monday, police in Mildura, Australia, warned motorists travelling to the town to "rely on other forms of mapping" than their new iPhones, since they were stranding drivers in the middle of a national park's harsh terrain.

"Some of the motorists located by police have been stranded for up to 24 hours without food or water and have walked long distances through dangerous terrain to get phone reception," the police said.

Part of the overall worry, says Kevin Restivo of global market research firm IDC, is that companies that shape and dominate a certain sector are almost inevitably going to lose share as others crowd in. "There is more competition in the market now," says Mr. Restivo. "That competition comes in the form of Android. Whether it's phones or tablets, Google and its partners have proven their mettle. And their share is sharply up."

That at least some of this is inevitable makes it easy to critique Apple, says Charles Golvin of Forrester Research, who points to Apple's iPod music player, iPhone and iPad as category-changing devices that prompted a bunch of imitators to enter the market – even as Apple expanded each portfolio to appeal to more and more consumers at various price points. He also notes that is no surprise that Nokia struck a deal with one of the world's most powerful carriers first.

"My suspicion is that Nokia is more – I don't want to say desperate," Mr. Golvin says. "They're more willing to create opportunities for themselves."

Apple’s products are ‘insanely great.’ Its shares, not so much
December 10, 2012 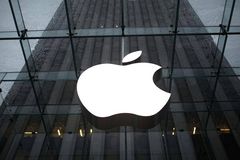 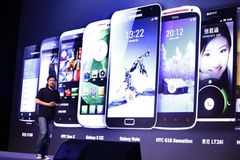 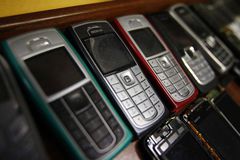 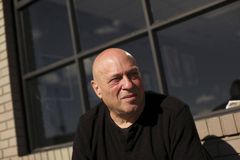