Canada's newest and most controversial news channel is pinning its hopes for survival on a ruling by Canada's broadcast regulator.

Sun News Network is arguing its signal must be broadcast into every Canadian home if it is ever going to recover from losses that have already reached $17-million a year.

The news network, which is owned by Quebecor Inc. and has made a name for itself by slamming rivals such as the Canadian Broadcasting Corp. for relying on government subsidies, has asked the Canadian Radio-television and Telecommunications Commission to grant it "mandatory carriage," which means it would be included in every basic cable package across the country.

This would generate about $18-million a year for the network, because it would earn 18 cents a month in wholesale revenue from every Canadian household that subscribes to a basic cable, satellite, or IPTV service.

With traditional pricing mark-ups, that would likely translate to $4 a year per consumer.

The network says it needs the money to ensure its survival, because advertising revenue has been difficult to obtain and it is having trouble convincing Canadians to subscribe to the specialty packages that include its signal.

The CRTC said Monday it will hold a hearing into the matter on April 23.

Sun believes most Canadians don't know it exists, and it has the market research and ratings to prove it.

Documents filed with the CRTC indicate the channel is pulling in only 16,400 viewers in an average minute, but participants in focus groups said they would watch the channel if it were available.

To that end, the network wants to get both mandatory carriage and guaranteed placement on the lower end of the dial so it can introduce itself to viewers.

The CBC enjoyed similar perks when it launched its news channel in 1987, though it has since moved off the basic dial.

"This is live or die for us," said Kory Teneycke, vice-president of Sun News. "Like all news, our audience skews older and male and in the case of our viewers more middle-to-lower income. They're most likely to be on basic cable services."

The news network – which has found itself mired in controversy and slapped down by ethics regulators for its sometimes brash approach and antagonistic style – says it produces about 96 hours of original Canadian programming a week. That alone should get the network mandatory carriage, Mr. Teneycke said.

"We're putting out more real Canadian programming than virtually any other channel," he said. "And I'm not talking about Littlest Hobo reruns like some of the other channels. This is a modest ask – frankly, I've never seen any of these other channels launch without this."

The request comes as parent company Quebecor struggles to deal with a drop in revenue at its Sun Media newspaper division, brought on by a loss of print advertising at its papers across the country. It said in November it would cut some 500 jobs out of its newspapers to save $45-million, although Quebecor's cable and cellphone division helped push the company to an $18-million profit in its last quarter.

But the network always intended to obtain mandatory carriage – its original plan was to launch in every home, but the CRTC said it would have to wait to make its application because it planned to open it up to other applicants as well.

Sun joins seven other licenced channels whose request for mandatory carriage will be entertained at the Apr. 23 hearing, including EqualiTV, which intends to offer programs of special interest to disabled Canadians; the CBC-run French service ARTV, and Dolobox TV, a fledgling service dedicated to user-generated content for and by Canada's youth.

As well, Vision TV, which was given mandatory carriage when it launched in the late 1980s to ensure Canadians had access to its "multi-faith, multi-racial, multi-ethnic, multicultural" programming, is asking to retain its privileged status even though its offerings under its new owner Moses Znaimer give prominence to popular British shows such as Fawlty Towers and Downton Abbey. 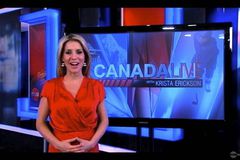 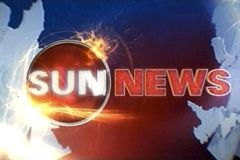 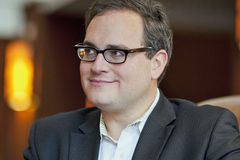 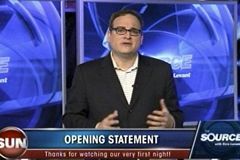 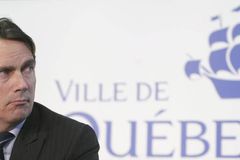 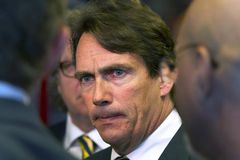 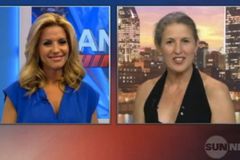