By all accounts Russell Wasendorf seemed to be doing better than ever. He was organizing fundraising events, making plans to open a new Italian restaurant and overseeing a growing commodity trading firm that had put his hometown of Cedar Falls, Iowa, on the map.

Everything changed early Monday morning when some employees of Mr. Wasendorf''s firm, Peregrine Financial Group Inc., found him slumped in his car after a failed suicide attempt.

Hours later, U.S. regulators closed Peregrine and alleged that $220-million worth of client money had gone missing. By Tuesday, the FBI had launched an investigation and the U.S. Commodities Futures Trading Commission filed a lawsuit alleging that Mr. Wasendorf had falsified company records and misappropriated client money for years. Meanwhile Mr. Wasendorf, 64, was in a coma in a local hospital.

"Shock. That was the principal reaction and then a feeling of sadness really," said John Runchey, a Cedar Falls businessman and city council member. "Mr. Wasendorf was quite an influential figure in town."

At the company's Canadian office in Mississauga, employees were also stunned and scrambling to figure out what happens next. "Our owner is basically bankrupt," said Arvid Veland, the chief operating officer. Mr. Veland said Canadian assets had been accounted for and the money will be transferred to another brokerage firm.

Late Tuesday, Peregrine filed for liquidation in a U.S. bankruptcy court in Chicago

The Investment Industry Regulatory Organization of Canada confirmed that the firm's Canadian assets are accounted for.

Mr. Veland declined to put a figure on the size of the Canadian assets. As for the 13 employees in the office, "we don't know yet" what will happen to them.

The collapse of Peregrine has raised tricky questions for regulators, who are still dealing with fallout from the failure of MF Global Holdings Ltd. last year, which cost investors $1.2-billion. At that time, the CFTC and other regulators conducted industry-wide reviews and reassured investors that everything was sound.

While the firm was not large by industry standards, Mr. Wasendorf had been in the commodity trading business for more than 30 years and become something of a fixture. He started Peregrine in 1990 and expanded it rapidly over the next decade before branching out into other ventures such as book publishing and opening a restaurant called MyVerona in Cedar Falls. People around town consider him a hero for his many charitable activities that included giving away millions of dollars to local institutions.

But court filings indicate trouble had been brewing at Peregrine for a while. In 1996, the National Futures Association, the industry's self-regulator, hit Peregrine with a $75,000 fine for deceptive and misleading sales practices. The NAF imposed a $700,000 fine on the firm earlier this year for similar allegations.

Larger problems emerged in a recent lawsuit over the conviction of Trevor Cook, a Minneapolis financial manager who defrauded clients out of more than $190-million. The court-appointed receiver in the Cook case is suing Peregrine, alleging that Mr. Cook, who has been jailed for 25 years, did much of his trading through Peregrine, which turned a blind eye to his conduct. Peregrine "ignored or failed to discern a myriad of objective red flags of fraud and insolvency," the receiver alleged.

A representative of Mr. Wasendorf couldn't be reached for comment.

On Monday as news of Mr. Wasdendorf's attempted suicide spread through the company's office in Cedar Falls, staff received a memo announcing that assets had been frozen and that "some accounting irregularities are being investigated regarding company accounts."

Across town, the city council heard the news just before a regular meeting. Mayor Jon Crews felt numb. The city had just given Mr. Wasendorf an award for his good works and he was contributing to a major downtown development. "He seemed okay. I had no clue," Mr. Crews said Tuesday. "Once you read some of the stories, I guess you can understand the pressure he was under." 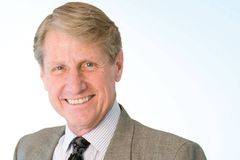 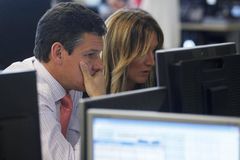