Bank of Montreal chief economist Sherry Cooper, who blazed a trail for women on Bay Street, is retiring after three decades to write books, give speeches and perhaps sit on a few corporate boards.

"I really want to spread my wings," explained Ms. Cooper, 62, who has been the bank's chief economist since 2006, and chief economist at its brokerage subsidiary BMO Nesbitt Burns before that.

"There are opportunities that have been suggested to me that would have been impossible as chief economist at the bank . . . At this stage of my life I'm looking at legacy."

BMO spokesman Paul Deegan would not say who will replace Ms. Cooper, whose last day is Jan. 30, saying only that a successor would be named "shortly." Douglas Porter is currently deputy chief economist at the bank.

Ms. Cooper, born in Baltimore, Md., has been one of the best-known forecasters in Canada since moving here three decades ago to become chief economist at broker Burns Fry, which would later become Nesbitt Burns (now owned by BMO). Before that, she worked at Fannie Mae and the U.S. Federal Reserve, where she was an assistant to then-Fed chief Paul Volcker.

Bay Street is a lot more welcoming to women now, said Ms. Cooper, the author of three books, including her latest, The New Retirement: How It Will Change Our Future.

"In 1983, when I arrived at Burns Fry the trading room was a locker room environment, and the only women were in support roles and they were always young and beautiful," she recalled in an interview. "The guys would lose their jobs for the language and sexual harassment that was commonplace back then."

But she lamented that the world of financial services and corporate finance remains male-dominated, unlike law and medicine, where women have made much quicker inroads. She suggested schools still aren't doing enough to keep girls and young women interested in math.

Ms. Cooper also reflected on the many changes in economics since she began her career. She said economists have much better tools, including powerful analytical software, but the post-financial crisis world has become much more volatile and unpredictable.

Judgment is just as important as it was 30 years ago, she said.

"I would be the last one to say economics has become a more precise science even though we use more advanced mathematical techniques," she said. "Economics is not just about making point-estimate predictions on GDP next quarter. It's the context. Telling people where the next number of years will go is where I add value."

Government data haven't kept up with the rapidly changing economy, she said. "We know everything about industrial production, but almost nothing about data over the Internet, or about foreign capital inflows into residential real estate," Ms. Cooper said.

She also complained that there's far too much focus on predicting inherently volatile indicators, down to the decimal point.

"I put less credence on those forecasts than what's the big picture, what does it mean and where are the risks," she said. "There's a lot of pressure to be different and be first. It's better to ferret out risks that others are not thinking about than to miss them."

Ms. Cooper and her husband Peter Cooper were victims of a 2006 home invasion, when they were tied up and robbed at gunpoint. 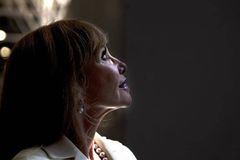 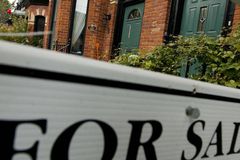 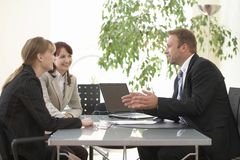 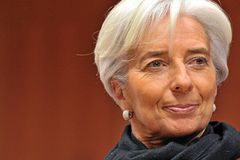