As children from around the world descend on Corus Entertainment Inc.'s Toronto headquarters to compete in the World Beyblade Championships in March, the company's investors may want to consider lining up outside the building to thank the young gamers.

While media companies struggle to find alternative sources of revenue in a tough ad market, Corus has managed to tap into enthusiasm for the Beyblade television show and the toys it has spawned to add millions to its bottom line each quarter.

And Tuesday, chief executive officer John Cassaday credited the tiny toys – basically spinning tops that smash into each other – as one of the chief reasons for a 10-per-cent increase in the television and radio broadcaster's dividend. He also cited strength in advertising for its women-oriented specialty channels and a better-performing Vancouver radio market.

"There's been a huge upsurge in Beyblades sales," Mr. Cassaday said. "It is a certified hit – we have partners around the world and a strong global merchandising program in place to support the brand, including the world championships ... the fundamentals are in place for sustained growth and a strong franchise."

Corus gets a cut of every toy sold as part of its licensing agreement, although it doesn't disclose the details of any of its arrangements. In the first quarter, merchandise sales increased 53 per cent to $48-million.

The company said two more seasons of the television show are in development, and its partner Hasbro Inc. is working on new toys to go along with the programming. Hosting a championship won't hurt either, executives said, as players from 40 countries compete for glory in Toronto and media coverage drives interest in the game higher.

And while merchandise sales are seasonal and prone to weakness as the fickle children who beg for the toys one day move on to something else the next, the company will take the revenue boost as a bonus at a time when other segments of Corus's business face increased competition. It also hopes to keep interest in the show and its merchandise high so the money keeps rolling in.

"We're off to Japan next week to look at the third and fourth season," said executive vice-president of television Doug Murphy, when asked if the company could continue to profit from the franchise. "We're working with Hasbro to make it into an evergreen property, with continued innovation in toys and story telling."

The broadcaster said it's generating enough free cash flow from its core businesses to boost its monthly dividend for class B shares 10 per cent to 8 cents. That brings the annual payout to 96 cents.

The company made the announcement as it put out first-quarter numbers that showed a profit of $50.5-million or 61 cents a share, up from $46.2-million or 59 cents a year earlier.

Television revenue was up 7 per cent, while profit remained static from a year ago. It was a different story in its radio division, which saw revenue down 5 per cent and profit slip 11 per cent.

"We would like to see a more balanced mix of growth as [the year]progresses with less reliance on merchandising," said RBC Dominion Securities Inc. analyst Drew McReynolds.

While some media companies have said revenue slowed considerably through the fall, Corus said it saw hopeful signs that things were improving as it affirmed the company's guidance. Still, ad revenue slipped slightly to $119-million from $120-million in the same quarter last year.

"We're well positioned for a turnaround in the economy," Mr. Cassaday said. "Ad sales are improving, and we're seeing improved rates and higher sellouts in our larger markets. There are signs there are some strength in overall ad spending." 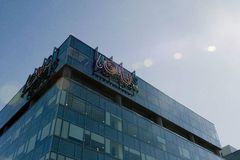 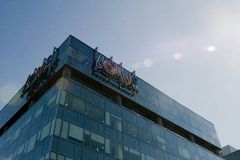 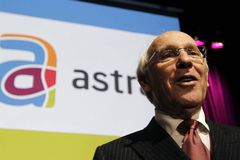