BHP Billiton Ltd. says its hostile bid for Potash Corp. of Saskatchewan Inc. was priced fairly and believes there wasn't much it could have done to prevent the Canadian government from blocking it.

BHP chief executive officer Marius Kloppers said the company's disadvantage was not being an operating miner in Saskatchewan at the time of the bid to "show that we are of worth."

"That is the way that mining companies change local perceptions, by being members of the community. Obviously not having had an operating presence in Saskatchewan before, that avenue was simply not available at the time that an opportunity arose to do a value accretive transaction," Mr. Kloppers said in a media call Wednesday to discuss the company's latest financial results.

"There is probably not a lot that we could have done differently."

It's the first time Mr. Kloppers has commented publicly on the Australian-based company's $38.6-billion (U.S.) offer for Potash Corp. since it was rejected by Ottawa three months ago. The federal government made the decision after an aggressive campaign by the Saskatchewan government insisting the offer would not be of net benefit to Canada. Premier Brad Wall also argued that Potash Corp. was a strategic asset in a province that holds about 50 per cent of the world's potash reserves.

After offering what it called "unparalleled" undertakings, BHP withdrew the bid days later, saying any further improvements would have been "counter to creating shareholder value."

The company's failure to commit to build its proposed Jansen potash mine at the time its Potash Corp. bid was made is said to be one reason Ottawa blocked the takeover. BHP has since launched a feasibility study that advances plans for Jansen. A final decision won't be made until next year.

BHP had offered $130 per share when it made its bid, which Potash Corp. CEO Bill Doyle rejected as too low. Mr. Doyle said during the takeover battle last fall that the company's value "far exceeds" $170 per share and would some day return to the $240 level it enjoyed when potash was selling for about $1,000 a tonne in the last commodity runup in mid-2008.

Potash Corp. shares were trading at around $112 on the New York Stock Exchange when the BHP bid was made public in mid-August. The shares hit a 52-week high of just under $192 this week, driven by surging demand for the fertilizer ingredient amid rising food prices.

"At the price that prevailed in the market for potash at that particular time [when the bid was made] even taking into account normal market premiums, we believed that a value-accretive deal for our shareholders could be done," Mr. Kloppers said. "We probably didn't believe that a deal at $200 per share or whatever it took to get a recommendation - if I just take Bill Doyle's words at the time on what the shares were worth - we probably didn't believe that could have been value accretive.

Mr. Kloppers also dismissed any characterization of BHP's unsuccessful offer as a failure.

"Our definition of success is to execute a transaction at a price where our shareholders benefit," he said. "Completing a transaction is largely a question of a larger chequebook, not any consummate skill. If that were the test that we set for ourselves, which we don't, we probably would have reacted differently."

BHP said it will continue to look at large transactions, but also will set aside $80-billion over the next five years to help expand its existing assets.

In Canada, that could include plans to build the Jansen mine, which analysts estimate will cost more than $12-billion. It would be the first new potash mine in Saskatchewan in 40 years.

"The biggest reality that we can change as a citizen of the community of Saskatchewan is to be present there on the ground and operate and employ … and show that we are of worth in a greater way than you can do when you are just executing a study project, which is exactly what is happening at the moment with Jansen," Mr. Kloppers said. 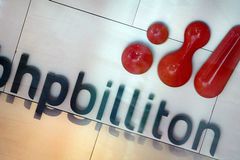 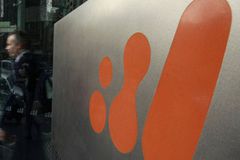 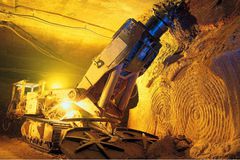