Michael O'Shea recalls what it was like growing up amid the burgeoning mill towns north of Quebec City in the 1960s, when jobs at local pulp and paper plants were as lucrative as they were plentiful. The ticket to the good life they provided is now mostly part of the folklore, much like the days when a job on a GM assembly line was considered a sinecure.

The void left there, as in the dozens of other mill towns across Canada that have lost their principal employer in recent years, is a gaping one.

"When those high-paying jobs go, there is nothing to replace them," Mr. O'Shea observes. "It's time to get a new forest industry for a new era."

Mr. O'Shea thinks he knows how. He has founded Montreal-based AP Fuels Inc. to push forward a bold proposal to build five large-scale biorefineries - at an estimated $1.2-billion a pop - that would produce second-generation biofuels from trees.

His idea has good timing going for it. Beyond bailouts or stopgap aid - such as the $1-billion Ottawa offered Wednesday to combat U.S. pulp subsidies - Canada's forest industry needs an entirely new business model if it is to remain a substantial creator of wealth.

Cleaner, second-generation biofuels may be the solution - or at least part of it.

"The forest sector is in need of transformational change," says CIBC World Markets analyst Don Roberts. "It is coming whether we like it or not."

California's recent adoption of a low-carbon fuel standard (LCFS), which takes effect in 2020, and the U.S. Environmental Protection Agency's implementation of life-cycle analysis to gauge the carbon footprint of alternative fuels have both exposed the dubious green credentials of first-generation biofuels, primarily corn-based ethanol and biodiesel made from canola.

When those fuels are made at plants powered by coal- or gas-fired electricity, they can be even dirtier than traditional gasoline. And corn and other crops diverted into making fuel have been blamed for rising food prices and shortages.

In addition to Wednesday's aid package, Ottawa has promised $170-million over two years to help the forest industry develop new products. The Forest Products Association of Canada's "Future Bio-Pathways" project has identified 38 potential new areas of activity, including biofuels, and is currently evaluating each based on its economic and environmental impact.

The scramble for alternatives speaks to the sense of desperation in the sector. While Western Canada's softwood lumber producers can legitimately cling to the prospect of a return to better times once U.S. housing starts ramp up again, there is little hope of real recovery in the Eastern Canadian forest industry, which depends overwhelmingly on making pulp and paper.

Churning out low value-added newsprint or pulp at decades-old mills has become a dead end as the Internet thrashes global demand and low-cost, modern mills in the developing world eat Canadian producers' lunch.

The Conference Board of Canada predicts pulp-and-paper production will slide a "devastating" 13 per cent in Canada this year, bringing the overall decline to 40 per cent since 2005. From a peak of 144,000 jobs in 1989, total employment in the sector will plummet to 84,000 this year and continue to drop next year.

Biofuels have thus emerged as the most promising new activity, providing a potential lifeline for forestry-dependent communities, turning trees into higher value-added products and bringing new investment to a long capital-starved industry.

The sorry state of Canada's forest companies - they lost a combined $4-billion (U.S.) in 2008 and have been the world's worst performers for years - means entrepreneurs such as Mr. O'Shea will likely have to look outside the forest sector for financing. Big Oil is a likely source. Demand for cleaner second-generation biofuels is set to explode as California's LCFS norms spread across the continent.

Mr. O'Shea's AP Fuels (in a wink to BP PLC's "beyond petroleum" tagline, the AP stands for "after petroleum") has lined up a string of big-name partners, including Abitibi, global engineering giant Hatch Ltd., and France's Air Liquide SA, to work on his idea.

The plan involves using technology developed by Germany's Choren Industries GmbH to covert biomass from trees to gas, then to liquid biodiesel in a Fischer-Tropsch (FT) process. Choren's SunDiesel produces 90 per cent less carbon dioxide, the worst greenhouse gas villain, than conventional diesel fuel or gasoline. Choren's fuel is also virtually sulphur-free, and will not contribute to urban smog.

Mr. O'Shea learned about Choren's technology while working as a government relations consultant for Volkswagen in Canada. He insists that, produced on the scale he is proposing, such fuel could be produced profitably in Quebec. He says it would be price-competitive with traditional fuels at an oil price of $57 a barrel - a threshold comfortably surpassed in recent weeks.

Each AP Fuel biorefinery would produce 630 million litres of biodiesel annually and employ 400 workers directly, according to Mr. O'Shea's estimates. Another 1,200 jobs would be created in the harvesting, transport and treatment of the biomass (trees) used in the facility.

Abitibi recently signed a memorandum of understanding with AP Fuels under which the paper producer would supply wood fibre to the first AP Fuels biorefinery.

"There is a lot of talk about all these nice technologies that can do miracles, but there are actually few that work and a lot that don't," said Alain Bourdages, Abitibi's director of energy development. "AP Fuels' [proposal]has serious-enough partners in it that we believe it can be one of the winners."

German auto makers Volkswagen AG and Daimler AG are both enthusiastic Choren backers, each buying minority stakes in the company in 2007. Oil giant Royal Dutch Shell PLC has been a Choren shareholder since 2005, sharing its proprietary FT technology with the company.

Last year, Choren opened a small demonstration plant in Freiburg, Germany. But any move to building large-scale facilities there has been hampered by the prospect of wood shortages in Europe.

That isn't a concern in Canada. The decline in paper consumption means most of Eastern Canada's large forest companies are harvesting much less wood on Crown land than they're allowed under their forest licences.

Besides, biorefineries such as the ones proposed by Mr. O'Shea would use lower-value poplar and birch - grades that don't compete with the spruce and pine generally preferred for making lumber, pulp and paper.

In contrast to the biodiesel AP Fuels proposes to make, most other Canadian companies active in second-generation biofuels have focused on producing ethanol from wood or other non-food fibre.

Montreal-based Enerkem Inc. recently began making ethanol from old telephone poles at a small facility near Sherbrooke. And Iogen Inc. of Ottawa, which counts Shell and Petro-Canada as partners, has a demonstration plant that makes cellulosic ethanol from wheat straw.

But Mr. O'Shea thinks his biodiesel proposal offers the forest industry its best hope for both environmental - and economic - sustainability. "We just think we have a higher-margin product than toilet paper or packaging." 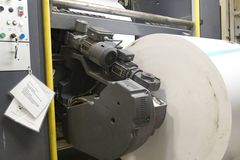