Brazilian billionaire Eike Batista is poised to return to the gold business he fled a decade ago. On Monday, long-time takeover target Ventana Gold Corp. said it had agreed to a sweetened offer valuing the Colombia-focused exploration company at about $1.43-billion.

Ventana is selling an 80-per-cent interest in the company to Mr. Batista, through his resource conglomerate EBX Group, for $13.06 per share in cash. Mr. Batista already owns 20 per cent, accumulated through his 63X Master Fund.

It's the same price Ventana initially rejected in mid-November, which prompted EBX to launch a hostile bid at a slightly lower price the next day.

If approved, the agreement will end Mr. Batista's near 18-month battle to buy Ventana and re-enter the gold space amid steadily rising prices and shrinking reserves. It would also mark the end of a search by the Vancouver-based exploration company to find a higher bid for its flagship La Bodega project in Colombia. Ventana said as recently as last week that it was talking to "a number" of other parties interested in the early-stage project.

The $13.06 offer is a slim 3.4-per-cent premium to the $12.63 hostile bid Ventana has fought for the past three months. The latest offer represents a 30-per-cent premium over Ventana's share price on Nov. 16, the day before EBX affiliate AUX Canada Acquisition Inc. announced its hostile bid.

Mr. Batista made his first offer for Ventana – a $12 stock-and-share bid – in November, 2009. A year ago, he offered Ventana shareholders $10 a share plus stock in a new company. Then in November of last year, Mr. Batista proposed a friendly $13.06-a-share deal, which was rebuffed. The next day, he made his $12.63 hostile bid.

Ventana chief executive officer Stephen Orr said the company needed time to evaluate the offer and get expert advice. He said the newest offer is a fair evaluation "reflecting on where the company is at this point in time." Mr. Orr wouldn't say if other formal offers were made.

Ventana shares closed Monday at $12.92 on the Toronto Stock Exchange, suggesting investors aren't expecting a higher offer. Ventana shares hit a 52-week high of $14.13 the day after the hostile bid was announced in November, but have fallen back since. The stock was trading around $6.40 in July.

Mr. Batista, Brazil's richest man, is said to be driven by the promise of Ventana's La Bodega property as well as a desire to get back into the gold business. Prices have risen steadily, to around $1,360 (U.S.) an ounce, compared to about $300 in 2001, when he resigned as chairman and chief executive officer of TVX Gold. Colombia is also considered a mining-friendly country, where his EBX Group also has some coal mining rights.

Some industry experts say privately held EBX may have been willing to pay a higher premium for Ventana assets than its publicly listed peers because there is less scrutiny from investors.

"He sees an opportunity here," Michael Fowler, senior mining analyst at Loewen, Ondaatje, McCutcheon in Toronto said of Mr. Batista. "He is used to the mining business. It's in his blood."

Still, not all of Mr. Batista's mining ventures have been a success. He founded TVX Gold, a one-time high flier on the Toronto Stock Exchange, which eventually fizzled after plans for a gold mine in Greece went awry amid political opposition. Mr. Batista resigned in 2001, after the cash-strapped producer was forced to put itself up for sale. At the time, Mr. Batista said part of the company's problem was the falling price of gold, which was then under $300 an ounce. 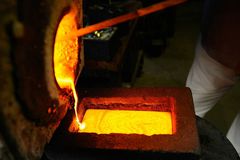 Why pessimists and optimists are going for gold
May 2, 2018 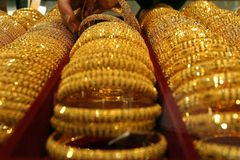