With Greece facing another political crisis and equities giving up some gains, bullion is headed for the biggest monthly advance since June. Hedge funds lowered their wagers on a rally for a second straight week, and holdings in exchange-traded products backed by the metal are near the lowest since 2009.

The money managers aren't the only ones being caught off guard, with the rebound undercutting bearish forecasts from Goldman Sachs Group Inc. and Societe Generale SA. The metal has climbed 6.3 per cent since reaching a four-year low in November. Slowing economies are prompting central banks in Europe and Asia to add to monetary stimulus, while gold's volatility is picking up after spending most of 2014 in the doldrums.

"Geopolitical tensions could bring gold back up," Donald Selkin, the chief market strategist at New York-based National Securities Corp., which oversees $3-billion, said in a telephone interview Dec. 29. "Central banks will probably start buying, and prices are getting close to production costs. China could loosen its monetary policies to boost the economy."

The net-long position fell 10 per cent to 93,099 futures and options in the week ended Dec. 23, according to U.S. Commodity Futures Trading Commission data published yesterday. Short wagers advanced 16 per cent, the biggest gain since mid– September.

Futures slid 0.1 per cent this year to $1,201.60 an ounce in New York. The Bloomberg Commodity Index dropped 16 per cent, and the Bloomberg Dollar Index rose 11 per cent. The MSCI All-Country index of world equities climbed 2.7 per cent.

Greece's Prime Minister Antonis Samaras failed a third time to get enough backing for his presidential candidate, prompting him to recommend snap parliamentary elections. The nation's ongoing debt crisis poses a risk to Europe's economy. Gold priced in euros climbed about 13 per cent this year.

Strengthening physical demand can provide support for gold prices, Ole Hansen, the head of commodity strategy at Saxo Bank A/S in Copenhagen, said in an e-mail this week. China imported 149,257 kilograms of gold from Hong Kong in November, up 34 per cent from the previous month, according to data Dec. 29 from the city's Census and Statistics Department.

Gains for the U.S. economy and the prospect of higher interest rates will limit gold's appeal, said Chad Morganlander, a money manager at St. Louis-based Stifel, Nicolaus & Co., which oversees about $160-billion. The U.S. economy grew 5 per cent in the third quarter, the most in more than a decade, the government said last week. The dollar advanced this month to a five-year high against a basket of 10 currencies.

Holdings in exchange-traded products backed by gold have dropped to the lowest since 2009, with about $6.7-billion wiped from the funds this year. Open interest in New York futures and options dropped 9.2 per cent in 2014, set for a second straight annual loss, U.S. government data show.

"Dollar strength is a death blow to the pricing power of gold," Morganlander said in a telephone interview Dec. 29. The U.S. is "still going to be one of the global engines of growth, which, as long as the financial system stays in balance and there's no credit dislocation, will indicate the bearish trend for gold will continue," he said.

Bets on higher oil prices fell 5 per cent to 206,939 contracts. West Texas Intermediate tumbled 45 per cent this year, reducing demand for bullion as an inflation hedge.

A measure of net-long positions across 11 agricultural commodities climbed 5.3 per cent to 519,004 contracts, the second gain in three weeks.

Bullish bets on wheat jumped 46 per cent to 22,293 contracts, the highest since May. Futures rose 4.1 per cent this month, a third straight advance. Russia added a 15 per cent tax on grain shipments in a bid to secure domestic supplies. As many as 740,000 acres of U.S. winter wheat faced the threat of winterkill damage amid unusually cold conditions last night, Commodity Weather Group said yesterday.

"Weather is always the number one culprit for affecting supplies in the wheat market," Lara Magnusen, who helps manage about $2.5-billion as a portfolio strategist at Altegris Investments Inc. in La Jolla, California, said in a telephone interview Dec. 29. "The other wild card could be if Russia decides to put more tariffs on exports." 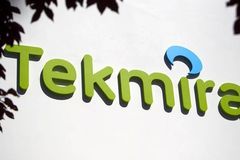