Canada's banking sector has long been a place of consistent, almost-magical growth, even as other industries struggled in a recession. But the magic show appears to be coming to an end.

As the country's largest banks begin to unveil first-quarter numbers this week, analysts and investors will be looking past the gaudy profit numbers that will inevitably come from the banks. Instead, they will watch for more subtle, but crucial, signs of slowing growth.

"After so many consecutive strong years for the personal and commercial banks in Canada, the current fiscal year feels like the sector may finally be out of rabbits to pull from its hat," CIBC World Markets analyst Robert Sedran said in a research note previewing quarterly earnings season for the banks.

Several forces – including persistent low interest rates, lofty consumer debt levels, and upheaval in Europe – are all weighing on the sector, pointing to a slowdown and highlighting the need for top bank executives to find a few new tricks.

They are starting to employ different strategies to prop up their balance sheets and bolster the bottom line, such as cutting costs and raising fees. Bank of Montreal, which kicks off earnings for the Big Six lenders on Tuesday, swung the axe last week, laying off 60 people in its capital markets division – likely a small sign of broader cost-cutting to come across the sector in the next few quarters. BMO's results will be followed by Royal Bank of Canada , Toronto-Dominion Bank and National Bank of Canada on Thursday. Bank of Nova Scotia and Canadian Imperial Bank of Commerce report the following week.

"When the going gets tough, the tough cut costs," Sumit Malhotra, an analyst at Macquarie Capital Markets, wrote in a research note previewing first quarter earnings.

But slashing costs by eliminating staff, shelving branch expansion plans, or stripping out daily operating expenses is only one-half of the equation to prop up profits. Higher fees will also play a role.

Several banks, including the country's two largest, TD and RBC, have raised fees on chequing accounts, credit lines and other products in recent months to boost revenue.

"Most banks have been increasing fees on basic banking services that may at least dull the impact of the slowing net interest income," Mr. Sedran said. So while consumers are enjoying unusually low interest rates on the borrowing side, in the form of cheap mortgages, they are picking up some of the tab in their other banking activities.

While fees and expenses are getting close attention, the banks have been looking to other areas of their businesses besides lending – namely wealth management and capital markets – to provide a boost to revenue.

That has come with mixed results. Capital markets earnings across the sector have been on a roller coaster ride over the past year. Trading revenues soared at the start of 2011 amid upheaval in Europe and a surge in bond trading. However, they fell dramatically in subsequent quarters as the market cooled.

Capital markets revenue is expected to more than double in the first quarter compared to the end of 2011. National Bank Financial analyst Peter Routledge expects the sector could produce trading revenue of $1.9-billion, up from $910-million in the fourth quarter. However, even with that jump, analysts expect the business will still be down compared to a year ago.

That leaves lower costs and higher fees as the most fertile ground for banks to explore as they try to deliver the kind of returns their shareholders have grown accustomed to over the years. The banks that don't could find their shares punished in the market. 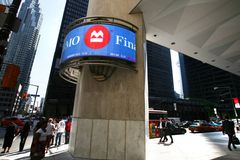 Why bonds are risky right now for your portfolio
February 24, 2012 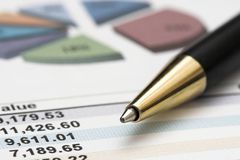 TFSAs lag behind in the retirement race
February 24, 2012 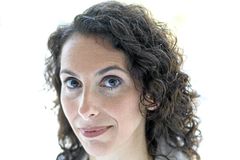 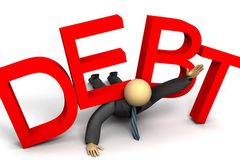