A growing number of Canadian companies are taking advantage of a cheaper, simpler way to list their shares in the United Shares.

They're turning to the over-the-counter market, traditionally the home of smaller companies with murky financials. In increasing numbers, though, well-known companies from around the world are finding that over-the-counter listings allow them to avoid costly regulatory rules and filing requirements associated with the big U.S. stock exchanges.

One of the principal over-the-counter market places, OTC Markets Group Inc.'s OTCQX, has seen its Canadian listings swell by more than fourfold in the last year to 161. The trend was punctuated last week by Canadian Oil Sands Ltd., whose $10-billion market cap makes it the biggest Canadian player yet in the market.

"We wanted to achieve greater visibility and potentially higher liquidity amongst U.S. retail investors. However we felt costs of compliance with one of the larger exchanges was prohibitive," says Alison Trollope, manager of investor relations for the Calgary-based company.

Costs for listing on the big exchanges, such as the New York Stock Exchange, include annual fees as well as the expense of complying with U.S. securities law, which rose substantially following the Sarbanes-Oxley Act of 2002.

Canadian Oil Sands won't put a dollar figure on the savings it achieved, but Ms. Trollope said the company spoke to other large cap international businesses that had saved millions by choosing over-the-counter markets. In some cases, big international players have actually delisted from the New York Stock Exchange and chosen to have their shares trade only over the counter in the United States. Over-the-counter stocks now include those of Deutsche Telekom, Adidas Group, Air France-KLM and the Spanish oil and gas giant Repsol YPF.

The annual listing fee on the OTCQX is just $15,000 (U.S.). On the NYSE, the annual fee is based on the number of outstanding shares and, in the case of Canadian Oil Sands, would have exceeded $450,000.

New York-based OTC Markets has tried to improve the questionable image of over-the-counter stocks by organizing its marketplace into three tiers, based on the level of disclosure companies provide. The OTCQX market is reserved for companies with the highest financial standards and is the smallest of the three, with about 300 securities. The remaining two tiers boast nearly 10,000 securities, with the bottom OTC Pink market designated for "speculative" trading and involving almost no financial disclosure.

The world of off-Wall-Street trading opened up in 2007 when the Securities and Exchange Commission created an exemption that allows foreign companies to list in the U.S. by meeting only their domestic disclosure requirements. A company must be listed on a qualifying foreign stock exchange, but the business is not required to have U.S. operations, management or directors to list on OTCQX.

The OTCQX is not a stock exchange and companies don't use it to raise new capital. Instead, the OTCQX is a broker-dealer trading platform that operates with its own rules and standards. Oversight falls to the Financial Industry Regulatory Authority. About three-quarters of the volume is driven by individual retail investors.

OTCQX adds some oversight by requiring each company to be sponsored by an approved third party, such as a law firm or investment bank, which it calls a principal American liaison (PAL). Among other duties, the PAL performs an annual review of the company's disclosure.

Eighteen months ago, Ken Sam, head of the Toronto office of the U.S. law firm Dorsey & Whitney LLP, was skeptical of OTCQX. One client was very close to satisfying the terms for listing on the American Stock Exchange but decided it wanted to join the OTCQX market instead. Mr. Sam tried unsuccessfully to talk the company out of the move.

Since then, Mr. Sam has changed his opinion. Dorsey & Whitney has signed on as a PAL and helped numerous Canadian companies join the OTCQX. He thinks the market is approaching an important threshold where it will become large enough to gain a bigger following among investors.

He is expecting a trend similar to what happened in the 1990s when Canadian resource stocks flocked to the American Stock Exchange. "It gradually became the exchange of choice, and I think the same thing is happening now with OTCQX," he said.

161: No. of Canadian companies listed on the OTCQX over-the-counter market.

$450,000+: Annual fee for Canadian Oil Sands had it chosen to list on the New York Stock Exchange

Some Canadian companies on OTCQX:

Some overseas companies on OTCQX 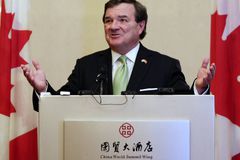 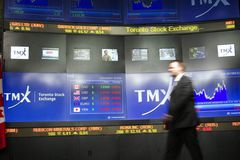