Move over rare earths – graphite is the new darling of the mining industry.

Canadian graphite miners are angling to be high-end suppliers to the global lithium ion battery market, where companies such as LG, Samsung, Mitsubishi and Hitachi are fuelling growing demand for new technologies ranging from smartphones and laptops to electric cars.

After decades of near-dormancy in the graphite industry, an increasing number of companies are racing to produce flake graphite, the purest natural form of the mineral touted for its lightness, extreme resistance to heat and high conductivity.

The mineral is a major component of lithium batteries – lighter and more powerful than traditional batteries – that are finding their way into ever broader markets, from laptops and cordless power tools to hybrid electric vehicles.

"If electric cars start happening, this is going to go through the roof," said Simon Moores, a graphite market specialist for Industrial Minerals, a group that gathers data on the graphite and other mineral industries.

Global graphite demand is about 1.14 million tonnes, split nearly evenly between the large flake variety and amorphous graphite used for industrial purposes, according to Industrial Minerals.

"People talk about a 1.6-million-tonne market by 2020, meaning you'll need 600,000 tonnes extra graphite in coming years, but that's a bullish figure. I think it's closer to 200,000 tonnes," he said ahead of a graphite-industry conference in Toronto this week.

Shifting graphite demand trends are driving prices for the flake variety to all-time highs, a fact not lost on investors or the companies scrambling to produce it. Market capitalizations are bouncing higher for companies across the board, from early stage explorers to others closer to actual production.

Close to a dozen of those companies are in Toronto this week for the Graphite Express conference, a 3½ hour event that is the first of its kind focused on the financial community and which experts are likening to speed-dating for prospective producers and potential investors.

About half of the public graphite companies operating in Canada will be at the conference, but only a few can boast of projects even close to the production stage.

The new appetite for graphite could not have been clearer than it was on April 2, when Northern Graphite stock hit $3.34 a share, close to its 52-week high of $3.42, after it announced a successful pilot program to process spherical graphite, which fetches prices three times as high as it does in the concentrate form.

Bankers say the stock will go still higher if Northern Graphite maintains quality and consistency once in commercial production.

"We can now provide samples of our product, both concentrate and the spherical graphite," chief executive Gregory Bowes said in an interview, adding the company's Bissett Creek project in northern Ontario will start producing about 20,000 tonnes of large-flake graphite per year in late 2013.

Finding customers is key for producers of graphite, which is not sold into the broader market like traditional bulk commodities like copper.

Rival Focus Metals, which owns the Lac Knife project in Quebec and expects to be in commercial production by early 2014, also plans to further refine part of its concentrate. "We're targeting the technology side," said Focus Metals chief executive Gary Economo, who predicts the 20 per cent to 30 per cent annual growth in the market for lithium ion batteries, which already account for a quarter of global graphite demand.

Mr. Economo, who spent 10 years selling graphite-related products as part of a 30-year career in high tech, also predicted big growth in the use of graphite in wall and floor panels that help heat or cool homes.

The enthusiasm around Canadian graphite companies is almost palpable, and not for the first time. Many of the deposits being looked at today were already close to being put into production before they were shut down in the early 1990's when No. 1 producer China raised output and prices fell to about $600 (U.S.) per tonne from more than $1,300 per tonne in the previous decade. Today, flaked graphite can fetch as much as $3,000 per tonne.

Graphite firms say a collapse won't happen again, though, mostly because China's economic growth these days is so dependent on the booming steel industry, which uses refractory bricks to line furnaces, accounting for 35 per cent of graphite demand.

"We've had the industrial revolution and I firmly believe that we are now entering the carbon age," said Cam Birge, who helped raise original financing for Bissett Creek in the late 1990s and is one of Northern Graphite's chief shareholders.

"The technological advances that will permeate into everyone's lives are beyond what anyone can imagine." 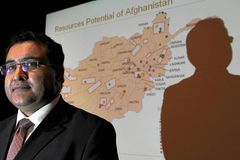 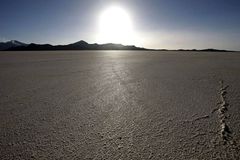 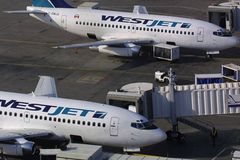 Battery-makers seek an emotional connection
May 19, 2011 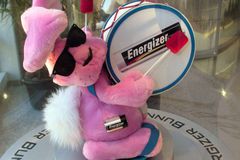