China's weakening currency, unsettled stock market and increasingly uncertain economy have touched off an ugly start to 2016, as stock markets around the world sink in unison.

The main Canadian stock benchmark sunk below a telling, though informal, threshold on Thursday, having dropped by 20 per cent since setting a September, 2014, high, putting an end to the two-year bull run in domestic equities.

Resource concentration makes the Canadian stock market as dependent as almost any to Chinese economic growth, which is once again under scrutiny.

"There are some good reasons why the headwinds facing Canadian companies might not dissipate in the near future," said Kara Lilly, a strategist at Mawer Investment Management. "We've come full circle around a decade-long commodity cycle. We probably haven't seen the final consequences of that turnaround."

The worst sell-off to start a year on record accelerated on Thursday, as investors traded down risk assets in favour of havens. Before even counting the losses from Thursday, the stock rout had already wiped out $2.5-trillion (U.S.) in market value from global equities in the first three trading days of the year.

The day began with a frantic trading session in China. The Shanghai composite index fell 7 per cent in under 30 minutes after the Chinese central bank weakened the yuan, adding to fears that officials are struggling to contain an economic slowdown. Earlier in the week, new data suggested a deeper-than-expected decline in manufacturing – a closely watched part of the economy, which is the world's biggest consumer of resources.

Western stock markets followed suit. The S&P/TSX composite index fell 2.2 per cent. The S&P 500 index fared even worse, declining 2.4 per cent, capping off the worst first four days of any year on record for that benchmark. And the sell-off this year in Europe surpassed 5 per cent, as Germany's DAX fell below 10,000 for the first time since October.

The world's markets are still trying to determine how much they need to worry about Chinese financial markets, and how much equity weakness in China is indicative of trouble in the broader economy, said Christine Tan, senior portfolio manager at Excel Funds Management.

"China is still a relatively closed system," Ms. Tan said. "The flows are still mostly domestic. And the portion of the bond market owned by global investors is relatively low."

Chinese stocks are volatile, often dislocated from the domestic economy, dominated by retail investors, subject to extensive intervention, and became incredibly expensive after the Shanghai composite ran up by 150 per cent in less than one year up to last June.

The latest pressure on Chinese stocks was exacerbated by new regulations put in place this week, which suspended trading after losses exceeded 7 per cent – a threshold that was met in 29 minutes on Thursday.

The transmission of Chinese equity declines to the rest of the world, however, might have less to do with acute fears related to China and more to do with Western investors deciding to take profits nearly seven years into the U.S. bull market.

"People were looking for a reason to sell," Ms. Tan said. "You're not seeing a lot of volume, so this isn't panic. It's more about money being taken off the table, and there's no one on the other side."

On Thursday, billionaire investor George Soros said he sees the makings of a global financial crisis brewing in China's turmoil. But China has monetary tools at its disposal, including $3.3-trillion of foreign exchange reserves, said Louis Lau, director of investments at Brandes Investment Partners.

"I still think the Chinese government has a lot of ammunition in terms of lowering rates, in terms of releasing reserves. I think in the short term, they can do a lot to stem the panic," he said.

But there are legitimate reasons to be worried about China, as regulators try to guide an evolution to a consumer-based economy. After all, more than half of the global demand for resources over the past 10 years has come from that country, he said.

"We think that was an unrepeatable phenomenon of a one-time buildup in infrastructure and property," Mr. Lau said. "China has reached a point where commodity consumption has to decrease."

The consequences of the world's second-largest economy slowing down are being reflected in commodity prices, with crude oil prices falling to their lowest levels since 2004 on Thursday.

"The question we need to be asking is how companies might fare over the next year or two because of what's happening with global commodity prices," said Mawer Investment's Ms. Lilly.

What advisers are saying about the tumultuous market
January 7, 2016 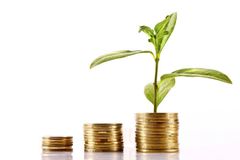 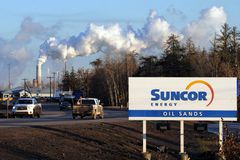 Global markets see one of the worst recorded starts to a year
January 4, 2016 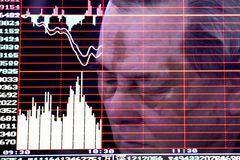