The investment arms of two Canadian pension plans have teamed up on the biggest leveraged buyout since the financial crisis, putting together yet another international deal that demonstrates their growing global clout.

Working with London, England-based Apax Partners, Canada Pension Plan Investment Board and the Public Sector Pension Investment Board have submitted a bid to buy Texas-based Kinetic Concepts Inc. for $6.3-billion (U.S.), including debt.

The three players said Wednesday they plan to take the publicly traded company private, with Apax holding the controlling share.

That the three firms could put together debt financing shows the credit taps are starting to flow again. Their teamwork also puts the spotlight on health care, which has become a lucrative sector for private-equity firms as populations age and medical treatments become more profitable. San Antonio-based Kinetic specializes in products used to treat severe wounds and operates in more than 20 countries. Its strengths reflect key fundamentals for the sector: stable profits with the prospect for growth.

"Health care is becoming a big portion of what we're looking at," said Andre Bourbonnais, senior vice-president of private investments for CPPIB. That sort of attitude is rarely heard at pension funds because they typically try to be generalists and spread their risks around.

Mr. Bourbonnais said that having a greater number of health-care companies in CPPIB's portfolio will pay off because it can leverage the expertise of its holdings when participating in new bids. For example, he said, CPPIB asked experts at LHP Hospital Group Inc. - a U.S. hospital owner in which it has had invested - to find out what customers thought of Kinetic's products.

CPPIB was also an investor in the buyout of IMS Health Inc. for $5.5-billion last year, one of the biggest private equity deals in recent years.

The deal for Kinetic, worth $68.50 per share, represents a premium of about 21 per cent to the average stock price for the month leading up to July 5; on that date, The Wall Street Journal reported that Blackstone Group was in talks to buy Kinetic and cited other potential buyers such as Kohlberg Kravis Roberts & Co.

In the end, the Apax consortium was the only serious bidder in discussions with the company, said CPPIB's Mr. Bourbonnais. "We had exclusivity, there was no auction."

The breakdown of cash versus debt the three firms used to buy Kinetic was not provided, but three U.S. investment banks have committed to lending the consortium money for the purchase, something banks were much more timid to do during the financial crisis. For the longest time lending was frozen, which sidelined private equity players who typically do not have much cash available for acquisitions.

Kinetic, which is listed on the New York Stock Exchange, now has 40 days to seek a better offer under a "go-shop" clause included in the deal in order to ensure the board fulfills its fiduciary duty to get the best price for shareholders. However, Kinetic's board has unanimously approved the deal, and founder James Leininger, as well as other related parties that collectively hold about 11 per cent of the shares, have agreed to vote in favour of the offer.

Mr. Bourbonnais said there is always a chance that another bidder will emerge, but sees no obvious buyer within the medical device industry. "We feel pretty good and we feel we've put a fair price on the table." 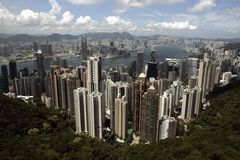 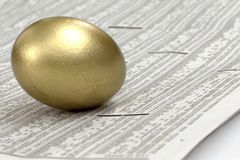 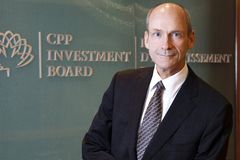