Stephen Wetmore is putting his stamp on Canadian Tire Corp. with a takeover of the country's largest sporting-goods merchant, a move designed to strengthen the company for a potential attack by foreign competitors.

The retailer's chief executive unveiled his first major acquisition since he took the job more than two years ago, a $770-million friendly deal for Calgary-based Forzani Group Ltd., owner of the Sport Chek and Sports Experts chains. The takeover will shore up Canadian Tire's position in sporting goods and apparel.

Company sources said the $26.50-a-share deal was partly motivated by the prospect of greater competition from U.S. retailers - some of whom, like Target Corp., have already announced their intention to open Canadian stores, while others, such as Dick's Sporting Goods Inc., are said to be considering it.

"In terms of discouraging Dick's from coming, this is a good move," said Hermann Kircher, president of retail-real estate strategist Kircher Research Associates, who described the deal as a "defensive" one. "It's building on an area where Canadian Tire has expertise and it widens their field of contacts and bargaining power."

Mr. Wetmore is betting that the purchase will help attract younger shoppers in the 18- to 35-year-old demographic who prefer Forzani's banners to Canadian Tire. Many of them head to enclosed malls, where Forzani chains tend to be located, rather than open-air power centres where Canadian Tire stores are more commonly based.

"By acquiring Forzani we gain access to a new set of customers - people at a point in their lives that typically don't shop our stores extensively today for sporting goods," Mr. Wetmore said.

Last year, he set a goal of 3- to 5-per-cent annual revenue growth in its core retail division over five years and a return on invested capital of 10 per cent in that period. He's counting on the acquisition to help him meet his targets.

Mr. Wetmore said he approached Forzani CEO Bob Sartor about two months ago about a takeover after Canadian Tire started to buy up Forzani shares in December. The two executives initially met at the upscale Rush restaurant in Calgary, with Mr. Wetmore searching for ways he could boost Forzani under the ownership of Canadian Tire.

It's not the first time that executives from the two companies have spoken. They held on and off talks over the last several years - the last time being a few years ago, industry sources said. However, those discussions never turned into serious negotiations, a source said.

Mr. Wetmore said on Monday he wasn't necessarily pursuing Forzani because of the growing push by foreign retailers into Canada. He also did not rule out the possibility of making other acquisitions in Canadian Tire's core areas of strength, although nothing is imminent, he said.

"Retailers from the U.S. and overseas continue to see Canada as fertile ground for their expansion efforts. The truth is that competition is and always will be a factor in retail. Just because it is in the news a lot lately is not a reason to make an acquisition. What we need to do is focus on maintaining and growing our market share in the key categories that are part of our identity, such as sports."

Mr. Wetmore has targeted the company's main retail business - especially its auto division - as its key focus for gaining business. In previous years, executives had staked more on Canadian Tire's financial services unit and Mark's Work Wearhouse as growth engines. Mr. Wetmore had even said last year that acquisitions were not a priority, but rather he wanted to improve productivity at Canadian Tire's retail business.

But the CEO said Monday that Canadian Tire is now ready for an acquisition because its balance sheet is the strongest it has been in a decade, while it's making progress on its core retail strategies.

He said there is little overlap between the businesses of Canadian Tire and Forzani, about 70 per cent of whose sales are apparel and footwear. "They are different shoppers, different demographics hunting for different things," Mr. Wetmore said.

Mr. Kircher predicted that Canadian Tire will continue Forzani's strategy of whittling down its array of banners to just two or three, holding on to Sport Chek and Sports Experts. Other analysts suggested that it may drop some of Forzani's lower end banners.

Canadian Tire will bring back Michael Medline, one of its top executives, who left the company last fall, to spearhead the integration of Forzani into the company. He had a hand in Canadian Tire's acquisition of Mark's Work Wearhouse about a decade ago, a purchase that analysts have considered to be a success.

"It's smart for them to combine with one another and ward off any big box threat that could come from Dick's or anyone else," said retail specialist Tony Grossi of Grossi Northbound Real Estate Advisory. "I think Dick's is going to have a tough time ... Dick's is a relatively unknown brand" in Canada. 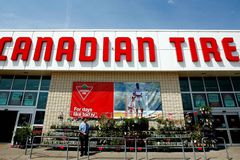 How a need for football cleats led to a sporting goods empire
May 9, 2011 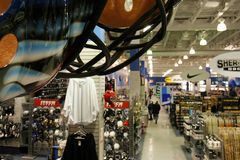 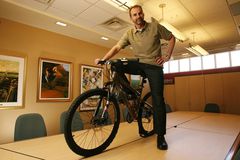 What can Canadian Tire do with Forzani? Look at Mark's
May 9, 2011
U.S. retail shakeup will spread North: Desjardins
February 18, 2011 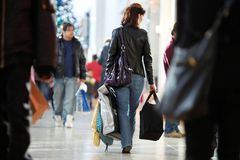 20 questions to test your international business knowledge
May 6, 2011 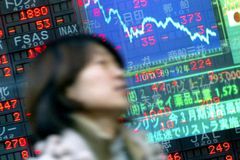 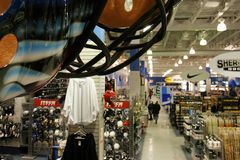