China is willing to join Exxon Mobil in a giant Iraqi oil field project, a top executive said on Tuesday, which could see Beijing come to dominate Iraq's oil fields and help the U.S. multinational mend fences with Baghdad.

Last year, Exxon offered to sell its stake in the southern Iraq West Qurna-1 oil field after fighting with Baghdad over contracts it has signed with autonomous Kurdistan in the north, deals the central government rejects as illegal.

By the end of December, the China National Petroleum Corp. (CNPC) had emerged as the front-runner to take over Exxon's 60-per-cent share.

But now Iraqi Prime Minister Nuri al-Maliki is working to keep the U.S. oil giant on side, industry sources say, offering much sweeter terms at West Qurna-1 – a $50-billion (U.S.) investment project and a greater potential prize than the Kurdish blocks if Baghdad structures the contract closer to the more lucrative Kurdish model.

Exxon is setting up a range of options, the sources say, including the possibility of selling just part of its 60-per-cent stake in West Qurna-1 to PetroChina, the listed arm of CNPC.

Jiang Jiemin, PetroChina's chairman, told Reuters that China's largest oil and gas producer is prepared to team up with Exxon at the field, now pumping in excess of 400,000 barrels per day (bpd).

"We are willing to jointly develop the project with Exxon Mobil. Exxon Mobil welcomed our participation and the Iraqi government also supports us joining the development," Mr. Jiang said on the sidelines of the annual parliamentary session in Beijing.

He said PetroChina would "thoroughly evaluate the project" and make an investment decision at an "appropriate" time.

"The asset value of the whole project is massive, but near-term capital spending required is not that huge," said Mr. Jiang, adding that parties have yet to discuss the size of stakes to be shared.

A source familiar with PetroChina operations in Iraq said the two companies were discussing a deal that would enable Exxon to retain operator status at the oil field, where Royal Dutch Shell is minority partner with 15 per cent.

CNPC made a play for Exxon's full stake in West Qurna-1 at the end of last year, but the U.S. company was not satisfied with the bid, according to industry sources.

Asked if PetroChina is aware of Baghdad trying to keep Exxon in the project, Mr. Jiang said: "Iraq has its own bottom lines. If Exxon continues with its new projects in the Kurdistan region, its operations in Iraq will face some difficulties."

Exxon was the first major oil company to sign agreements with the government of the autonomous Kurdistan region, a move that increased tension between Baghdad and the Kurds in a long-running dispute over oil, territory and political autonomy.

Baghdad says any deals signed with Kurdistan are illegal, but the government of Kurdistan says the constitution allows it to sign oil agreements without permission from the central government.

PetroChina, the first foreign oil company to sign an oil service deal in Iraq after the toppling of its former president Saddam Hussein, already has a formidable position in Iraq's prized southern oil fields.

It is in charge at Halfaya and partners with BP at Rumaila, Iraq's biggest oil field.

Iraq has the world's fourth-largest oil reserves and wants to at least double its production in the next few years. Now pumping just over 3 million bpd, it ranks as the second-biggest producer behind Saudi Arabia in the Organization of the Petroleum Exporting Countries. 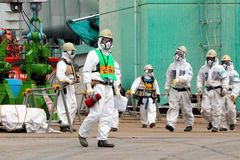