Citigroup Inc., which has lagged behind its peers in recovering from the financial crisis, said it is cutting 11,000 jobs worldwide, about 4 per cent of its staff, to save as much as $1.1-billion a year in expenses.

The move will initially result in pretax charges of $1-billion against fourth-quarter earnings, the No. 3 U.S. bank by assets said on Wednesday.

The cuts are chief executive officer Michael Corbat's first major steps to reorganize the company since he took the reins in October after directors pushed out his predecessor, Vikram Pandit.

Investors welcomed the news. Citigroup shares were up in trading on the New York Stock Exchange.

"We have identified areas and products where our scale does not provide for meaningful returns," Mr. Corbat said in a statement issued by the company. "We will further increase our operating efficiency by reducing excess capacity and expenses."

The job cuts are part of a reorganization that will reduce annual revenues by "less than $300-million," the bank said.

The bank has been in a long slog to recover from financial crisis losses, which prompted multiple government bailouts. While it has shed hundreds of billions of dollars of troubled assets, analysts have long been impatient with its failure to scale back costs enough to match reduced demand for its services.

Analysts have been expecting dramatic steps since Mr. Corbat was brought in as CEO by Citigroup chairman Michael O'Neill. Mr. O'Neill is known in the banking industry for shrinking companies to eliminate businesses that are not earning satisfactory returns.

"Corbat has a limited window of opportunity here in which he can make his new CEO moves," said Nancy Bush, a long-time bank analyst and a contributing editor at SNL Financial. Given the mandate he has to act, she said, "you might as well get the shocking numbers out first."

Still, Ms. Bush expects Mr. Corbat will continue reorganizing and cutting jobs for two years. "I look at this as the first cut," she said. "Corbat will be forever digging and looking for places to cut, and inevitably personnel will be the biggest part of that."

The job cuts announcement came a few hours before Citigroup chief financial officer John Gerspach was scheduled to speak at midday at a major conference of institutional investors in New York.

About 35 per cent of the fourth-quarter restructuring charges will be taken in the global consumer banking unit, where 6,200 jobs will be cut, the bank said. About 40 per cent of those layoffs will be in technology and operations support areas.

The bank expects to sell or scale back consumer operations in Pakistan, Paraguay, Romania and Uruguay. As it continues to focus on 150 high-growth markets, it plans to shed 84 branches in five countries, more than half of them in the United States.

After the restructuring, the bank will have 4,000 branches around the world.

Ms. Bush said the bank had a "silly strategy" in the mid-2000s, when it was adding branches in areas such as Boston and the New York suburbs. "They now need to go back and rethink their whole domestic branch strategy, and international as well," she said.

Of the announced restructuring charges, about 25 per cent will be taken in the bank's investment and corporate banking businesses, and 10 per cent in transaction services. Some 1,900 jobs are to be cut from those areas, with more than half coming from operations and technology functions that support the businesses.

One goal of the cuts is to eliminate redundant coverage of relationships with corporate clients, long a source of inefficiency at Citigroup, where sometimes multiple bankers handle relationships with companies and pitch them loans, deal advice, securities underwriting and other services.

The moves will "streamline our client coverage model," the bank said.

Another 25 per cent of the charges are for reworking corporate and miscellaneous other functions. About 2,600 jobs are being eliminated from corporate support services, global functions, real estate and the Citi Holdings portfolio of troubled assets that the company is shedding.

The announcement did not say how Mr. Corbat intends to organize his executive team or whether he will fill the position of chief operating officer, which was left open when John Havens departed with Mr. Pandit.

Even before the Citigroup move, major banks had announced some 160,000 job cuts since early last year, according to a Reuters analysis in November.

Citigroup has been announcing job cuts and expense reductions for years. In April 2007 it announced 17,000 job cuts, meant to help save $4.6-billion of annual expenses by 2009.

In November 2008, as the financial crisis was in full flush, Mr. Pandit announced plans to cut more than 50,000 jobs. In December 2011, Mr. Pandit said the bank was cutting 4,500 positions, and said he aimed to cut costs by 3 per cent to 5 per cent annually.

Citi to close nearly half of branch network in Greece
May 9, 2018 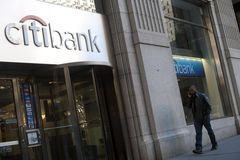 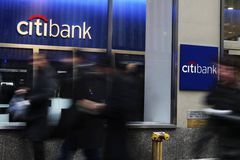 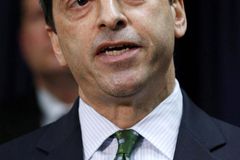 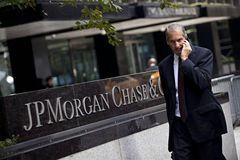