A Quebec law firm has accused SNC-Lavalin Group Inc. of misleading investors and engaging in illegal activity in Libya in a proposed class-action lawsuit on Friday.

Shares in the construction and engineering firm fell more than 20 per cent this week after it launched an investigation into $35-million in mysterious payments and said its 2011 earnings would be less than expected.

The lawsuit filed by the law firm of Siskinds Desmeules is seeking $250-million on behalf of investors who bought SNC securities between March 13, 2009, and Feb. 28, 2012.

In addition to the company, the proposed class action includes some of SNC's current and former executives and directors.

"The action alleges, among other things, that the defendants made statements that were materially false and misleading in regard to SNC-Lavalin's code of conduct, legal compliance, and internal controls," the law firm said.

"It is further alleged that SNC and certain members of its senior management team were engaged in unlawful activities in Libya during the class period, contrary to the defendants' class period statements."

SNC Lavalin's involvement in Libya included a multimillion-dollar contract to build a prison as well as an airport and a massive irrigation project.

On Tuesday, the company launched an accounting probe into $35-million in undocumented payments the company booked last year and said it would have to delay reporting its financial results.

In addition, SNC said it expected to include a loss of about $23-million in the fourth quarter related to its operations in Libya and unfavourable cost changes on certain projects in its infrastructure and environment and chemicals and petroleum businesses.

The engineering giant has recently been under fire over its operations in Libya and has defended itself against allegations it was excessively cozy with the former Gadhafi regime.

The company parted ways with two of its executives earlier this year after acknowledging that the conduct of its employees had been questioned.

Mr. Ben Aissa has said the company misrepresented his departure and that he chose to resign and was not forced out. 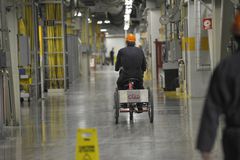 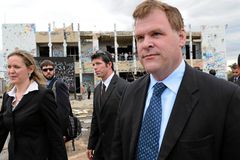