The dramatic fall in the value of Canadian oil has prompted a critical question for companies that stand to lose substantial revenues from their now-cheap products: how long will the pain last?

It's a question with serious consequences, given the 1.5 million barrels per day of Canadian heavy crude that, on Thursday, were selling $33.50 (U.S.) a barrel below the continent's benchmark prices, according to Net Energy Inc., the Calgary firm that tracks trading activity.

And it's an especially serious question for Canadian Natural Resources Ltd., the country's largest producer of that now deeply discounted heavy crude. On Thursday, in a week that saw several research reports suggesting current discount pricing could last past 2013 due to oversupply, the company offered a baldly different prediction. Canadian crude prices, president Steve Laut said Thursday, will bounce back by summer.

The dramatically different views of the future come amid a period of huge uncertainty for the oil patch, which is facing major shifts in oil production that are, in very short order, shaking up decades of established practice. Fast growth in the oil sands, along with the rapid production of big crude volumes from plays like the Bakken formation, are bringing on so much new oil that industry is scrambling to keep up.

For Canada, the particular concern is how those shifts are affecting the price of this country's most important export product. So far this year, Canadian oil has sold at near record-setting lows relative to West Texas intermediate, the heavily traded blend of crude that other oils, including Canadian products, derive pricing from.

In a CIBC World Markets Inc. report published this week, analyst Andrew Potter concludes that Canadian crude "could still face some discounting until 2014," amid a breathtaking increase in oil production. He calculates that the oil sands and the Bakken will add another 650,000 barrels per day over the next year-and-a-half, at a time when markets are already oversupplied. This is, he concluded, largely uncharted territory for the oil patch.

Mr. Potter pointed to CNRL, Baytex Energy Corp. and MEG Energy Corp. as the three heavy oil producers with the most to lose in the current environment.

CNRL, however, has offered a much more optimistic view. In a fourth-quarter earnings call, Mr. Laut argued it's a temporary phenomenon easily explained. He pointed to more than 350,000 barrels a day of heavy oil refining outages planned for the Midwest and West Coast in April and May.

"With 350,000 barrels per day out of service in the short term, it's pretty easy to see why heavy oil differentials have widened out in the short term," he said. "It's also clear they will return to previous levels once refineries have come back on."

In his report, Mr. Potter says refining outages are not to blame for the current disconnect, pointing instead to the flush of supply into the U.S. Midwest, where most Canadian and Bakken crude is destined. And the CNRL prediction falls at odds with the market's bets. The average for Canadian heavy oil futures over the remainder of 2012 is $30.06 below the WTI benchmark.

But forecasting, especially in a time of so much upheaval, is difficult.

Together with declining demand, that shakeup in production will "allow the U.S. to substantially reduce its dependence on foreign energy – and could force foreign energy exporters to seek new markets," James Brick, the firm's macro energy analyst wrote in the report.

This will, he concluded, "have untold consequences on an increasingly global energy market." 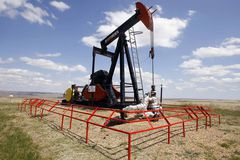 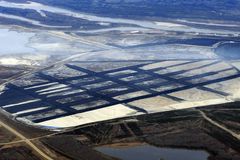 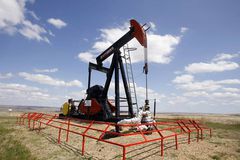 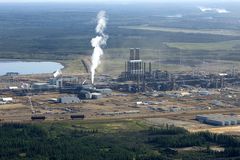 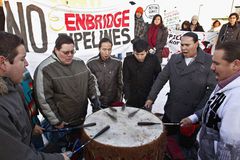 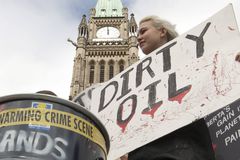 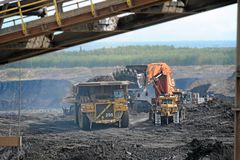 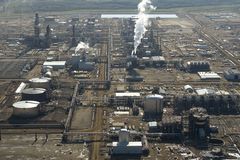