Commodities from oil to gold have ended their epic swoon – and, in the process, turned Canadian stocks into some of the world's hottest offerings.

The Bloomberg Commodity Index, which tracks 22 raw materials, finished Monday more than 20 per cent above its low on Jan. 20, meeting the most common definition of a bull market.

The new exuberance in raw materials prices has shaken the Canadian stock market out of last year's slump and transformed it one of the best-performing exchanges in the world so far in 2016.

Monday's trading extended the winning streak in the S&P/TSX composite index, which entered a bull market of its own late last week.

Since the market bottom in January, the S&P/TSX composite has been led by a 43-per-cent gain in the materials sector, and an 18-per-cent advance in energy stocks.

Remarkably, there are only three non-resource names among the top 40 performers on the index this year.

Two of those – TransAlta Corp. and Westshore Terminals Investment Corp. – have plenty of exposure to commodity prices despite residing in different sectors. That leaves Bombardier Inc. as the one true outlier in the rankings of resource-based winners.

The question now is whether the raw materials rally has further to go.

Commodities, in general, have been in a slump for years and the Bloomberg Commodity Index remains more than 60 per cent below the heights it reached in 2008. In sharp contrast to that recent history, this year's rally has propelled a broad array of materials prices to double-digit gains. Oil prices have surged. So, too, have prices for precious metals and even some industrial metals, such as zinc.

Some of the biggest individual winners have been agricultural commodities. Prices for soybeans have jumped 30.8 per cent while sugar has spiked 24.3 per cent.

Each of these disparate gainers has its own tale to tell.

Fires in Alberta and rebel attacks in Nigeria have helped to limit petroleum production and fuel the recent rebound in oil prices.

In agriculture, extreme weather has been the driving force in boosting prices. Heat and drought have blighted Thailand's sugar harvest. Torrential rains have reduced the soybean crop in Argentina while dry weather in Brazil has taken a toll on corn output.

However, the strongest single factor behind commodity fever has been a weakening U.S. dollar. A cheaper greenback makes raw materials more affordable for non-U.S. investors.

Expectations for further rate increases by the U.S. Federal Reserve Board have diminished in recent months, with a lousy jobs report last week providing the latest deterrent to tightening up U.S. monetary policy.

That has spelled good news for gold bugs in particular.

Precious metals, which pay no yield, tend to do poorly when rates on competing investments like bonds and bank accounts are rising. As it has become clear that the Fed is not going to be vigorously boosting rates this year, bullion prices have staged a major relief rally.

For their part, some industrial metals have benefited from signs that China plans a renewed burst of infrastructure spending.

Zinc, used to rustproof steel, has been an especially big winner this year, jumping 23.8 per cent. It's caught a tailwind from the closing of a couple of mines, which is encouraging speculation that a deficit in the metal may be emerging.

It seems unlikely that all these trends, ranging from weather to policy decisions, will keep driving commodities in the same direction. But, for now, investors in raw materials can enjoy the unusual sensation of being in the market's sweet spot. 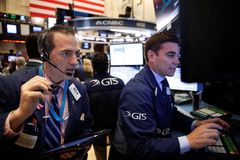