Rogers Communications Inc. surpassed analysts' expectations in the second quarter thanks to cost-cutting and a lack of major new cellphone models, but the deck is stacked against them for the second half of 2012.

Rumours are firming up of a fourth-quarter release for Apple's iPhone 5, and Samsung's Galaxy S3 and other products are gaining traction. That means many customers will be trading up to new cellphone models in the next six months, and the high initial cost of subsidies for new and upgrading customers will pressure its margins for the remainder of the year.

The telecom announced on Tuesday that its second-quarter net profit dropped 2 per cent over the same period in 2011, to $400-million, though adjusted earnings rose 3 per cent, beating analysts' expectations. But Rogers will be hard-pressed to maintain the 48-per-cent wireless margins it achieved in the second quarter.

The wireless carrier spent $200-million on "retention spending," including wireless upgrades, in the second quarter, up 2 per cent from the same quarter in 2011. Because there were "no new iconic devices this quarter," Canaccord Genuity analyst Dvai Ghose said, Rogers was able to keep its wireless margins high – but "I don't think the margins are necessarily stable," he said.

Rob Bruce, Rogers's president of communications, mused that the new iPhone could be released in the fourth quarter, suggesting to analysts on a conference call the release would drive more upgrades near the latter part of the year.

The company is in the midst of a cost-reduction program that has seen close to 700 employees laid off in 2012. Rogers says it is also axing projects, reducing discretionary spending and finding supply chain efficiencies to reduce costs. CEO Nadir Mohamed couldn't specify whether more jobs would be lost, pointing instead to ongoing investments in areas such as mobile data.

Andrew Calder, an analyst with RBC Dominion Securities Inc., said managing costs and retaining customers may be the best plan for Rogers to maintain its wireless margins, "more so than increasing market share going forward." He pointed out the cost of retention has historically spiked alongside iPhone releases.

Rogers added 87,000 postpaid subscribers versus 108,000 during the second quarter of 2011, a year-over-year slowdown fuelled by sharper competition for those more-lucrative consumers. Postpaid customers pay their bills at the end of the month, rather than on a prepaid basis. Postpaid average monthly revenue per user declined by $1.61 to $68.46, however, as voice revenues fell.

As competitors like Globalive Wireless Management Corp.'s Wind Mobile ramp up efforts to take on more postpaid customers, Rogers may lose some market share as the back-to-school and Christmas seasons approach.

Rogers had 36 per cent of the Canadian wireless market share at the end of 2011, while Wind, alongside other new entrants Mobilicity, Public Mobile and Videotron, held only 4 per cent of the carrier market, according to the Convergence Consulting Group.

Rogers reported 629,000 new smartphones activated in the second quarter, many of which were for three-year contracts; 36 per cent were new subscribers. "People are more interested in longer-term relationships," Mr. Bruce said.

Basic cable subscriptions dropped by 21,000 during the second quarter – versus 9,000 for the same period last year – as Rogers grappled to compete with BCE Inc.'s Fibe IPTV product, which uses phone lines to transmit its signals and has triggered more aggressive cable pricing. While Mr. Ghose called Rogers's 48 per cent cable margins "superb," he suggested it means long-term revenue pressures as the company could lose tens of thousands more customers by year's end.

Mr. Ghose said he gives "full credit to the management for some of the gains they've done. My concern is sustainability." 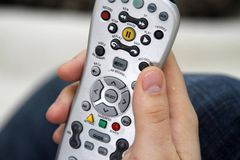 MLSE board expected to undergo major change after sale is finalized
July 18, 2012 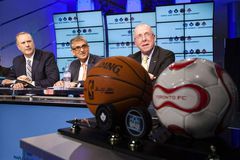 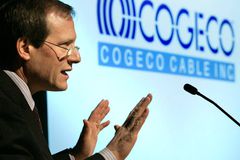 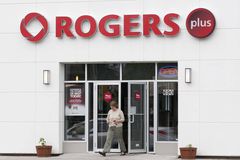 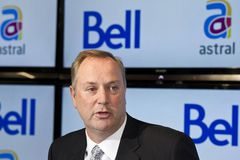