Tucked away inside a modest building attached to a sprawling pulp and paper complex in Quebec, a bold experiment is under way to revive the ailing forest products sector.

Domtar Corp. is leading an industry effort to commercialize a new eco-friendly product called nanocrystalline cellulose, or NCC. Extracted from wood pulp fibre, NCC is being touted as a wonder material about eight times the tensile strength of stainless steel due to the unique bonding of its microscopic needle-shaped crystals.

Lightweight, super-strong and non-toxic, it shows promise as an additive in a vast array of potential applications such as lightweight composites in the aerospace and auto industries, high-strength spun fibres and textiles and even bio-composites for bone replacement and tooth repair.

The versatile value-added product, which would fetch much higher prices than pulp, also serves to form iridescent films whose reflective properties can be adjusted to precise calibrations for such applications as high-security papers and currency or energy-efficient films for windows.

It's a key strategic piece of an industry-wide attempt by Canada's embattled forest sector to reinvent itself as an innovative 21st century player in the emerging bio-economy.

"We're at the dawn of creating a new market similar to pulp more than 100 years ago," says Jean Moreau, president and chief executive officer of CelluForce Inc. – the NCC project that is a 50/50 partnership between Domtar and forestry research institute FPInnovations, with major financial assistance from Quebec and Ottawa.

Industry leaders say the forestry sector – hammered over the past 10 years by declining demand for newsprint and paper in the digital revolution, competition from low-cost producers in developing countries and a surfeit of inefficient old mills – has to re-invent itself by creating new revenue streams if it is to survive.

Other projects across Canada include a demonstration plant at AbitiBowater's Thunder Bay pulp mill tooled to make up to 100 kilograms of lignin, an organic polymer obtained from the pulping process with similar characteristics to those of NCC. It will be shipped to a network of R&D labs in different parts of the country that are developing green product alternatives to petroleum-derived substances such as fuels, resins, rubber and thermoplastic blends, as well as nutra and pharmaceuticals.

Innovations being pursued by forestry companies come none too soon, but the risks are huge and a payoff is far from guaranteed.

"It's a high-risk development but I don't think the forest sector has a choice," says Richard Berry, vice-president and chief technology officer of CelluForce. "It will be very challenging to survive if you don't make the necessary adaptations, unless you're in still-strong niches such as tissue or packaging," he said.

"These are very risky technologies that make it hard to attract private capital," he said.

Tim Harper, the CEO of London-based Cientifica, a consultant on advanced technologies, describes the market for NCC as "very much a push, without signs of any pull."

It's an uphill battle for the forestry companies to reach the commercialization stage, says Paul Stuart, a chemical engineering professor at École Polytechnique in Montreal and a former adviser to AbitibiBowater.

But he adds: "Companies are looking down the barrel of a gun. They have no choice."

The ideal scenario is for forestry firms to link up with outside partners who can bring valuable expertise in areas the industry is not familiar with, such as plastics, chemicals and energy, says Don Roberts, vice-chairman at CIBC World Markets Inc. who leads the bank's Renewable Energy & Clean Technology team.

For now, the great transformation remains a leap into the unknown.

At CelluForce, which has spent about $36-million on the project, the challenge is to not only make NCC in consistently high-purity large volumes – which hasn't been done yet – but to win over would-be customers. Essentially, a whole new market has to be created from scratch.

"We have to find a home for this material. We're knocking on the doors of lots of potential clients," Mr. Moreau said on a recent tour of the demonstration plant in Quebec's Eastern Townships.

Mr. Moreau says he has struck 22 agreements with various strategic partners to develop new products using NCC, which is extracted from dried pulp supplied by the hulking facility next door, then taken through a complex series of steps that include an acid bath, filtration and concentration before emerging in the form of white powder. He declines to name any of the partners. The goal is to ultimately come up with a batch of lucrative patents for the different applications, he says.

Turning out one tonne of NCC a day by next year is the target, with hopes of having at least one fully commercial plant producing 10,000 tonnes within three to five years.

"Looking to diversify your revenue stream makes a whole lot of business sense," he said.

"But there are some challenges in developing these products. At the end of the day, the question is, 'Does it make economic sense?' "

An earlier online version of this story incorrectly stated the company that Richard Berry works for and CelluForce's NCC production target. 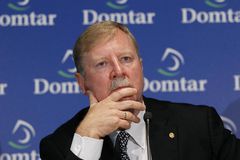 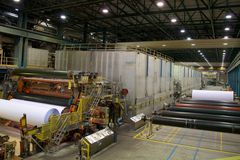 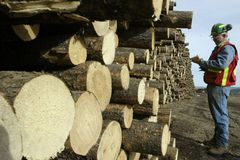 Fortress Paper to relaunch Domtar plant as rayon-pulp mill
May 8, 2018 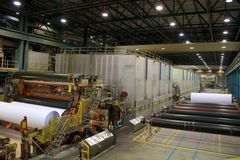