The stereotype of a high-rolling Wall Street trader is a young, aggressive man oozing with testosterone-fuelled confidence and the nerve to take big risks. In fact, financial professionals are known to widely use testosterone supplements in hopes of honing their competitive edge, says Amos Nadler, an assistant professor of finance at Western University.

So Nadler, who specializes in neuroeconomics, an emerging branch of behavioural economics that blends science and economic theory, set out to isolate the effects of testosterone. In a laboratory simulation of a trading session, his team found that traders given supplements of the hormone were more impulsive and reckless, and more likely to cause inflated asset prices. "Testosterone administration generated larger and longer-lasting bubbles by causing high bids and the slow incorporation of the asset's fundamental value," Nadler wrote in a paper recently published in the journal Management Science.

Such scientific experiments are increasingly challenging our assumptions about what makes a successful investor. Studies examining the link between financial decision-making and hormones, genetics and brain activity are amounting to a body of evidence that suggests our biology and psychology significantly affect our financial choices without us fully realizing it.

From an evolutionary standpoint, the human brain is wired more for survival in the wild than for maintaining a sound portfolio. Not surprisingly, primal emotions surrounding fear, competition and rewards can corrupt rational decision-making. Recent experiments monitoring brain activity with magnetic resonance imaging (MRI) and electroencephalography show monetary gain activates the same pleasure centre associated with food, drugs and sex. Tuning in to those emotions and impulses can help us limit their harmful potential, says Robert Stammers, director of investor engagement for the CFA Institute's Future of Finance team. "Once you understand what your temptations and biases are, then you can start to put walls around those behaviours."

Classical economics has long relied on the assumption that market participants behave rationally, guided by self-interest toward optimal outcomes. But there has always been a big gap between theory and practice–people behave in seemingly irrational ways all the time. So in stepped behavioural economics, a young field of study that tries to bridge the gap between economic doctrine and real-life inconsistencies by taking human emotion into account. It has given names to what are now well-recognized biases that can undermine investment performance. Confirmation bias, for example, makes investors seek out information that aligns with preconceived conclusions and overlook contradictory facts. Loss aversion, meanwhile, inflates the psychological impact of an investment loss to about double that of an equivalent gain. "Now the literature is talking about things from our actual lives," Nadler says. "It really has direct implications."

One such implication is that stocks with easily pronounceable company names and ticker symbols tend to outperform those that are difficult to pronounce, all else being equal. "We have a greater affinity with things we can pronounce and relate to," says Lisa Kramer, a University of Toronto professor who specializes in behavioural economics. "You're drawn to the familiar."

These anomalous tendencies add up to a real cost for people trying to save for retirement. Market data has long shown a persistent shortfall between individual investor returns and the performance of broad financial markets. Author Carl Richards coined the term "behaviour gap"–the difference between what investors should do and what they actually do. American robo-adviser Betterment recently compiled research trying to quantify this gap and found that, on average, investors sacrifice between 1.4 per cent and 4.3 per cent in annual returns by letting their emotions get in the way of good investing.

Neuroeconomics is increasingly able to identify the neurological underpinnings for these poor choices. Brian Knutson, a psychology and neuroscience professor at Stanford University, has used brain imaging to show how rational thought can be overpowered in the brains of subjects making investment decisions. In one experiment, subjects were put into an MRI machine and asked to make simulated trades while their neural activity was monitored. Knutson found that the frontal cortex–thought to be the part of the brain most associated with reason–governed decision-making until the trader started chasing a big gain. At that point, blood rushed to the nucleus accumbens, the region associated with pleasure and euphoria. Conversely, excessively safe bets followed activity in the anterior insula, believed to be the brain's centre of pain and anxiety. By tracing overly risky or safe choices back to their neurological roots, Knutson showed that fear and greed can override the brain's more rational circuitry.

Another promising line of neuroeconomic inquiry is the role genetics play in influencing how investors perceive risk. David Cesarini, an assistant professor at New York University's Center for Experimental Social Science, has tried to determine whether investing habits are partially hereditary by studying the financial behaviour of identical twins versus fraternal twins. Typically, identical twins share the same genes as well as a similar family upbringing, while fraternal twins are no more genetically related than any other siblings. Cesarini found that those with similar genes tend to have more in common in terms of risk attitudes. "The results…strongly suggest that people differ genetically in their willingness to bear financial risk," he writes. He estimates that about 25 per cent of risk appetite is inherited.

The ability to control one's emotional response seems to be an important factor as well. A study conducted at the California Institute of Technology suggests that successful traders often have high levels of emotional regulation, which helps them avoid the impulse to conform to the herd. In fact, it might help to have no emotions at all. In 2005, a research team from Carnegie Mellon University, Stanford and the University of Iowa looked at the investment behaviour of a group of people with damage to the part of the brain related to emotions. These injuries left them less capable of experiencing feelings like fear while keeping basic intelligence intact. In an investment game, these subjects made better decisions and were left with more money in the end than those with undamaged brains, who grew more conservative as the game went on, based on their performance in previous rounds. In short, the emotionally suppressed participants were less affected by past gains and losses in making subsequent bets.

Short of taking a lead pipe to one's own forehead, how can the average investor benefit from such insights? You can start by identifying your emotional tendencies in advance and even cultivating a distrust of them. "Many of the world's best investors have mastered the art of treating their own feelings as reverse indicators," writes financial columnist Jason Zweig in his book Your Money & Your Brain. "Excitement becomes a cue that it's time to consider selling, while fear tells them it may be time to buy."

Ultimately, it's incumbent on individuals to be introspective, Stammers says. There are countless behavioural pitfalls to which investors are prone: They put too much value on recent events; they are seduced by easy narratives; they run in herds; they attribute successes to their own talents and failures to forces beyond their control. "People need to know what their own biases are, what their own shortcomings are, so they can learn to avoid them," says Stammers.

Can computers pick stocks better than humans can? Investment firms think so
November 22, 2017 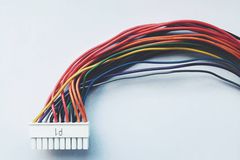