Corporate executives, despite fancy titles like CEO and CFO, are really just hired help for the owners of companies.

So here is a question: Are the hired help at the top of the corporate food chain helping themselves to too much of the wealth that companies are creating?

Yes, according to a report last week from NEI Investments of Toronto. NEI has some skin in the game, with $5-billion under management, using ethically responsible investment precepts to guide its stock selections.

The firm's worry is that executives have become wildly overcompensated, at the expense of both the shareholders they're supposedly serving and the broader community that has an interest in the success of business ventures.

In NEI's view, the major problem with executive compensation is that it's excessively linked to one way of measuring performance: how much a company's share price has gone up. In an effort to tie executive pay to stock performance, most companies allow their top managers to harvest money via options on the firm's shares, or through other forms of compensation that are tied to the stock price.

The typical rationale for this structure is that granting options to executives is great because it aligns the interests of managers with those of shareholders, the company's ultimate owners. More than half of executive compensation in Canada is now linked to share price appreciation.

Unfortunately, the theory behind this pay structure doesn't always work out in the real world. Executives can benefit from rising share prices without having to buy stock with real money, as do other shareholders. Managers, in effect, have a fantastic deal: Infinite upside leverage if they can get the share price higher because they put no money down.

"Stock options are complex, susceptible to manipulation and have the effect of excessively rewarding executives on the basis of a single and questionable performance metric," the firm argues.

NEI says shareholders should vote to eliminate stock options, except in cases of start-ups or poorly capitalized companies that don't have the cash to attract the talent they need.

Going optionless isn't that far fetched. High levels of option compensation are a recent development, gaining "real traction" only in the 1990s, according to NEI.

To see how much companies are paying the top brass, NEI cited Conference Board of Canada data showing that the average pay of Canada's 50 highest paid CEOs in 1995 was $2.7-million, a sum equal to the pay of 85 average workers. By 2010, the pay at the top reached $8.4-million, equivalent to companies having the dead weight of an extra 255 average workers on the payroll.

There are almost no corporations left in Canada hewing to the old-fashioned idea that options are bad news for owners. Companies associated with Toronto businessman Henry (Hal) Jackman, and his E-L Financial Corp. Ltd. business empire, are some of the few.

In contrast is technology darling CGI Group Inc., which says its option plan is "designed to ensure that executives' interests are closely aligned with those of all shareholders," according to its most recent proxy circular.

To that effect, it has earmarked 53.6 million shares for officials, equal to 20.6 per cent of the stock outstanding. At the end of its 2011 fiscal year, it had awarded options on about 23 million shares.

The total stock available for options, at more than a fifth of the company, works out to about $1.4-billion at current market prices. If all those options were exercised, the resulting flood of shares would seriously dilute the holdings of existing shareholders.

To keep its share count under control, CGI has been spending hundreds of millions buying back stock to the open market. From 2009 to 2011, it repurchased about 40 million shares, shrinking the total.

Executives are also eligible for performance bonuses and a second, option-like form of remuneration called a performance share unit plan, on top of their salaries.

Given that share price appreciation is the name of the game, how has CGI done? Over the short run, great. The shares are up more than two-and-a-half times since the financial panic bottom of 2009. Longer term, it's a different story. The shares have yet to revisit the highs reached in 2000. 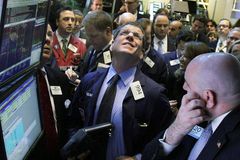 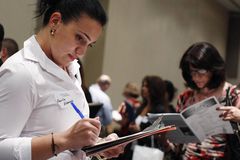