Prem Watsa has made another addition to his stable of retailers, purchasing 75 per cent of high-end merchant Sporting Life Inc.

The latest push into the sector from Mr. Watsa's Fairfax Financial Holdings Ltd. represents a bullish outlook for the retail industry that is at odds with its exceptionally pessimistic expectations for the broader economy. It also comes at a time when most economists expect consumer spending to be sluggish.

Few people are forecasting as much economic doom and gloom as Mr. Watsa, who predicts a lengthy period of Japan-style deflation. Fairfax's outlook for the stock market is so negative that, as of the end of September, it had hedged more than 100 per cent of its stock exposure (which means it is essentially betting that the market will go down).

Mr. Watsa has made some highly successful financial bets, including prescient investments prior to the subprime mortgage crisis, leaving Fairfax flush with cash to invest.

So the company's decision to push into retail, at a time when consumers are generally regarded as being in too much debt and expected to cut their spending in the coming years, is being noticed.

There's a simple explanation, Mr. Watsa says: Fairfax is finding a few gems that just happen to be in the retail sector.

"We are not so much focused specifically on retailers as we are on well-managed, profitable franchises with a long track record of generating significant free cash flow," he said.

Sporting Life, a high-end fashion and sporting goods retailer that is more than 30 years old, had been privately owned by co-founders David Russell, his wife Patti, and Brian McGrath. They will continue to own the remaining 25 per cent of the company.

Other moves that Fairfax is making in this area include its recent $71-million takeover bid for Prime Restaurants Inc. , which owns chains such as East Side Mario's and Casey's, and its purchase this summer of family-owned retailer William Ashley China. It also amassed a stake in the Brick Group Income Fund, the furniture retailer that is now called Brick Ltd.

Fairfax has established a track record of making large investments in mid-sized Canadian companies, and those are often in sectors that are struggling. It made recent gambles in both the media business and the pulp and paper industry.

But the retail sector isn't believed to have hit a bottom. And the high-end segment, in which Sporting Life operates, has recovered much faster than the lower market.

Sporting Life is profitable with sales of under $100-million, up 10 per cent in 2010, its owners say. Other upscale retailers, such as men's clothier Harry Rosen, have also enjoyed healthy sales gains this year.

Overall, retail sales in Canada are expected to pick up between 2 per cent and 3 per cent in 2012, about the same as in 2011, according to estimates from Darren Kirk, a vice-president at Moody's Investors Service.

Fairfax can sometimes be an activist investor, working to help restructure a company in which it has invested. It has become the biggest shareholder of pulp and paper firms Fibrek Inc. (formerly SFK Pulp Fund) and AbitibiBowater , and has found itself in the middle of a bitter dispute between the two firms after agreeing to tender its Fibrek shares to Resolute's hostile bid for the firm.

But in the case of Sporting Life, Fairfax's funds will be used to support a national expansion of the retail chain under its current owners, they said. They plan to branch out beyond their four stores in Ontario to 10 to 15 stores in the next decade or more. 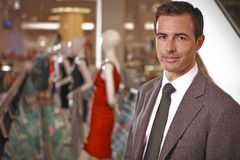 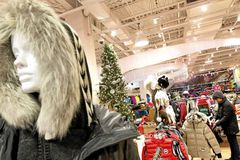 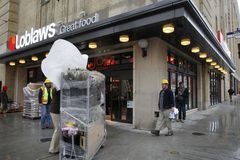