As the first earnings season since the U.S. election gets started, investors are eager for evidence that corporate executives' optimism matches their own.

Fourth-quarter earnings season begins in earnest this week with a number of big U.S. banks, including JPMorgan Chase & Co., Bank of America Corp., and Wells Fargo & Co., among the S&P 500 companies to report their results.

Amid the wave of financial statements and management conference calls this week, investors will be looking for confirmation that the profit backdrop is strong enough to justify the remarkable rally in stocks.

In the two months since Mr. Trump became U.S.president-elect, the market has been bidding up stocks, confident that his agenda will translate into policies that strengthen the U.S. economy. Promises he made through the campaign, such as cuts to household and corporate taxes, increased infrastructure spending, reduced regulations and the repatriation of foreign cash, helped lift U.S. equities to record highs.

American banks are arguably the segment of the market set to benefit the most from Donald Trump's policy agenda. Fewer regulations, rising interest rates and lower taxes could together disproportionately boost bank profits. Plus, if the new administration's policies mean improving business and consumer confidence, that should translate into a higher propensity to borrow.

As of Friday's close, the S&P 500 index has increased by nearly 10 per cent since early November and 6.4 per cent since election night. On Friday, the Dow Jones Industrial Average came within a hair of breaking through the 20,000-point mark for the first time. The KBW bank index, which tracks U.S. financial shares, is up 23 per cent since the vote.

Canadian markets have been nearly as strong, rising 5.7 per cent since Mr. Trump's victory, led by energy and some financial stocks.

This equity strength has happened despite an absence of much concrete news on the earnings front; stock valuations have been rising largely on sentiment.

The S&P 500 index now trades at a price-to-earnings ratio of about 17, based on earnings estimates for the next year, according to FactSet. That compares to a five-year average of about 15 times.

As a result, further stock gains are more likely going to have to come from earnings growth rather than continued multiple expansion, according to a number of strategists.

That's what makes this earnings season so important. The fourth quarter is expected to add to the evidence of a turnaround in U.S. profit growth, following the worst earnings recession since the financial crisis.

Dragged down by the collapse in energy prices, S&P 500 earnings declined for five consecutive quarters before hitting an inflection point in the third quarter of 2016.

Building on that growth, FactSet estimates that when the final numbers are in, fourth-quarter earnings will prove to have grown by 3.2 per cent.

If that estimate proves true, earnings growth for the entire 2016 calendar year will amount to 0.1 per cent, with an energy sector decline of 75 per cent proving the overwhelming negative influence, according to FactSet data.

Excluding oil and gas stocks, the S&P 500's earnings growth rate rises to 3.4 per cent for last year. "The stagnation in earnings wasn't quite what it appeared to be. You had a huge drag from the energy sector and the rest of the market looked quite reasonable," Mr. Golub said.

With the global energy market having stabilized, and with West Texas Intermediate trading at more than double its $26 (U.S.) low set last February, the sector's growth is expected to turn modestly positive in the fourth quarter, after grinding through eight straight quarters of decline, according to Zacks Investment Research.

In addition to energy, the market will be keen for results from the financial sector, which has driven the equity gains of the last two months more than any other.

Of course, the policy changes yet to come will have had no effect on fourth-quarter bank profits. Any potential boost to corporate earnings from Mr. Trump's policies is not likely to materialize for several more quarters. But earnings calls could shed some light on the level of confidence within the financial sector, Mr. Golub said.

"If you look at Wall Street analysts, they are unwilling to adjust their estimates, without having more specificity around policies, or at least guidance from management on what those policies might mean for earnings." 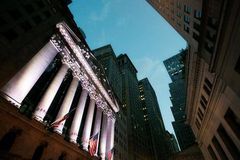 Why TSX investors will have less to celebrate in 2017
Subscriber content
December 30, 2016 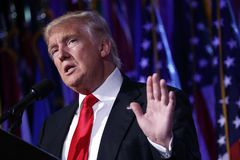 How the market experts made out in predicting 2016
Subscriber content
December 23, 2016 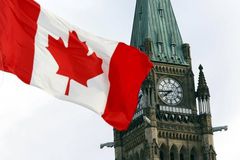