The promise of Arctic riches has in recent years drawn commitments from energy giants to spend billions on drilling for oil and gas in Canada's Beaufort Sea. This year it drew $7.5-million, pledged by a two-man company based in a village 12 kilometres outside of Oxford, England.

A tiny privately-owned U.K. company named Franklin Petroleum Ltd. has secured rights to more than 900,000 hectares in the Beaufort, taking a clean sweep of land made available through the largest Arctic land rights auction in Canadian history.

It is a precipitous drop in spending on the Canadian Arctic, which has been the source of substantial corporate interest in recent years, with BP PLC, Imperial Oil Ltd. and Chevron Corp. developing plans for hugely expensive drilling programs in the environmentally delicate Beaufort.

Franklin carries none of that financial or technological heft

. It is run by Paul Barrett,

whose most recent company, Europa Oil & Gas (Holdings) PLC, has a market capitalization of $11.1-million and pumped just 200 barrels a day of oil and gas in 2011.

Mr. Barrett, a British geologist who has never worked in Canada, has now turned his attentions to the Arctic, with a company named after the famed lost British explorer.

"Hopefully we have a better fate than what happened to John Franklin," he said Wednesday Wednesday, adding that Franklin's current funding comes from a "personal kind of investment to kickstart the company."

Franklin is on the line for a quarter of the $7.5-million it bid, as a deposit; the remainder is a promise to spend money to look for oil and gas on the six new parcels. The company adds its recent haul to two other parcels acquired for $2-million last year, bringing its total land holdings to more than 1.1-million hectares and making it one of the largest rights-holders in the Canadian Arctic.

Its ability to secure that land for comparably tiny sums is now raising eyebrows from observers who point out that Aboriginal Affairs and Northern Development Canada, which runs the auctions and is, according to its own rules, "not required to issue an interest as a result of a Call for Bids."

"You have to wonder what the Feds were thinking even issuing the licences," said Doug Matthews, a northern energy consultant. "It should set off some alarms."

In an e-mail, Jason MacDonald, director of communications for John Duncan, the minister in charge, said: "It's a market driven competitive process, and there would have to be a compelling reason to say no, otherwise we undermine the process."

In past, those highest bids have been far higher: In 2007, Imperial and Exxon Mobil Corp. jointly bid $585-million for a large Beaufort Sea parcel, followed by $1.2-billion in 2008 by BP and $103-million in 2010 from Chevron. But sources told the Globe that Beaufort interest has declined among larger companies as they sort out how to drill the Beaufort rights they already have, a prospect that is technologically challenging and hugely expensive.

Chevron, for example, already has rights to 3,140 square kilometres in the Beaufort. Yet it faces uncertainty in how to drill there, given new requirements for safety features that match the safety performance of an emergency relief well completed in the same season as the original well. That uncertainty, in an area where a single well can cost more than $500-million, is a disincentive to taking on more land.

For that reason, the Arctic community is deeply skeptical of what Franklin is doing. A single well in the Beaufort can cost more than $500-million. Mr. Barrett says he is raising money to do initial seismic exploration work next summer. He believes there is a greater than 50 per cent chance he will be able to do so, saying a month of data acquisition would cost $10-million to $15-million. But it's clear Franklin would not be able to fund a drilling program. Instead, Mr. Barrett hopes to locate enough potential oil finds to persuade others to invest, including, possibly, new Asian players.

"Maybe some of the names that are not in the basin, but are actually looking quite hard at the Arctic – some of the Russian companies, maybe the Koreans," he said. If the latter proves true, he has already sketched a plan of how to get the oil out.

"If we were to look at a Korean partner, we could potentially be looking at tanker exports."

Mr. Barrett said his interest in some of the land was tweaked by data gathered and published by Houston-based ION Geophysical Corp., which has spent more than $150-million (U.S.) using ship-towed sensors to peer underneath the Beaufort. The ION maps show "there's potential here for Prudhoe Bay-sized structures," said Mr. Barrett, who worked as a geologist at Phillips and Ranger before striking out on his own.

He acknowledged chances of success are low. "It's a relatively high risk that you won't make the billions," he said. "But there's this tangible possibility, like doing a lottery, that you'll come up trumps." 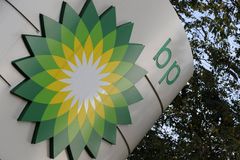 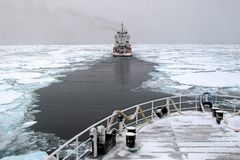 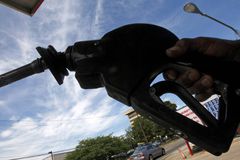 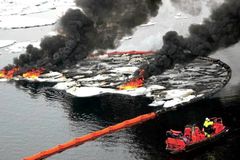