For everyone wondering whether black boxes will replace living-breathing investment managers, if bitcoin will become widely used and whether computers will one day take over Bay Street, the answer from financial professionals isn't a resounding "yes" or "no."

It's something more nuanced.

Paul Ebner, senior portfolio manager at the Canada Pension Plan Investment Board (CPPIB), likens it to chess. "The combination of a grandmaster and computer still beats the best computer." But it also probably beats a grandmaster playing without computer assistance, he said, speaking at a panel discussion Thursday on technology and investing at The Globe and Mail.

In other words, artificial intelligence is entering more and more facets of investing and banking, just as it has an impact on so many aspects of our digitized lives. Yet there are still only a very small number of investment funds, for instance, operating as true black boxes, in which the computer programs learn and manage investments basically on their own, and they have had very mixed results.

Instead, artificial intelligence remains more of a tool, but one touching every corner of Bay Street. "Decision-making is being augmented by these tools. That's a very powerful combination," Mr. Ebner said.

Other panelists shared that view, noting that full automation of investment duties hasn't yet risen to the necessary level of performance and precision. "We're not there yet," said Vuk Magdelinic, chief executive of Overbond, a digital platform for issuing bonds.

Sunil Dalal, managing director at financial planning and investment company BlackRock, agreed that the AI is still too susceptible to risks. "I don't think anyone wants to have a conversation with a client, when you have under-performance in a particular sector, [but] you can't explain it because the computer did something unexplainable."

On the other hand, managing transaction records can be streamlined with computer learning. "It can create much more value for our clients by reducing errors," and these kinds of machine-learning tools can be used throughout the investing process, he said.

This is spreading to new areas such as the emergence of blockchain technology, a form of encrypted and expanding transactional records, especially used for crytocurrencies such as bitcoin.

"As a technology matter, I think blockchain is fascinating, this idea of having an immutable, distributable ledger has a lot of value in so many different spaces – certainly in financial services," Mr. Dalal said, "from a transaction-processing, payments perspective, but also in other industries."

From general record-keeping to cybersecurity, blockchain could be seen as increasingly beneficial for encrypting record of transactions, "protecting all of us from bad actors around the world," he said. Still, it's difficult to know how this may be merged into the transactional processes that already exist in the financial industry.

"So, we haven't come to a conclusion on how exactly blockchain will be used in the investment management world," but it's a technology that companies such as BlackRock are experimenting with in-house, in order to understand how it could be implemented, Mr. Dalal said.

The question is which areas of Bay Street will blockchain disrupt? Could it be used to settle up trading in complicated financial investments, such as derivatives?

"There are a lot of problems that blockchains solve because it adds security," said CPPIB's Mr. Ebner. So, any kind of financial-services firm that acts as an intermediary in facilitating transactions, a trusted and secure middle man, may find itself no longer needed. This could even effect the legal profession, if securer technology replaces the need for drawing up specific contracts for certain transactions, Mr. Ebner added.

So, is this the march of technology leading financial professionals out the door and out of a job?

"Companies are filled with very smart people. Companies like ourselves are thinking about where their disruption is going to come from. Organizations, large banks want to stay ahead of that trend. The risk of the banking sector going away because of the blockchain? I think that's a very small risk in the short to medium term," Mr. Ebner said.

But "in the long term, who knows?" he added.

Overbond's Mr. Magdelinic sees blockchain as simply a "pointed application," a very specific function for making payments and settling transactions. Most bankers shouldn't be too worried about their jobs. "If you think about banking at large, there are many different facets of the industry."

As for bitcoin, Mr. Dalal at BlackRock said it's "not yet suitable" for investment clients. It's difficult to gauge its rightful value at any particular time. The market in bitcoin has a large amount of price volatility, and as a result, it can be worryingly illiquid at times (i.e. less trading can occur, making bitcoin difficult to buy and sell.)

Perhaps the best analogy, though, for the question of computers versus humans on Bay Street came from Mr. Ebner at CPPIB. He noted this: Computers handle the barrage of data at any given moment well. Humans are better at the long view.

"In the short term, in very high-frequency trading, there's a lot of data out there. It's very hard for any human to sift through. And with an algorithm that is executing trades over a short horizon, there is enough structure in that data, there is continuity, that a black box actually performs much better than a human at that frequency," he said.

But when taking a longer-term outlook, "there are less data. There are more structural shifts in that data. The regime changes. And a trained, unsupervised [computer] model has a difficult time keeping up with a human," he said.

But, he added, "a human can be augmented by those tools to make decisions."

Artificial intelligence – coming to an advisor near you
Globe Advisor content
November 16, 2017 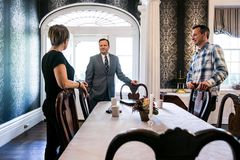 The cryptocurrency craze – are digital coins on verge of going mainstream?
November 16, 2017 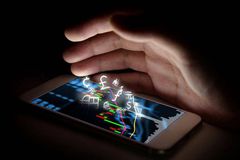 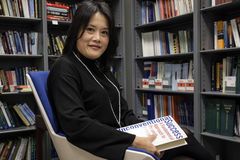