By at least one measure, active fund management in Canada has hit a new low.

A new report shows that the number of Canadian funds focused on U.S. large-cap stocks that outperformed the index over the past five years was precisely zero.

Not a single Canadian manager investing in U.S. stocks delivered higher returns than the S&P 500 index over that time, according to S&P Dow Jones Indices.

"The numbers are ugly. There isn't any other way to describe it," said Dan Hallett, vice-president of HighView Financial Group.

But, he added, "I can't remember it ever being that bad."

Active management still has merit. But it's best suited to less diversified, less crowded parts of the market, where a shrewd stock picker might still find inefficiencies to exploit, Mr. Hallett said. In other words, not the U.S. large-cap space.

Stock picking in general is increasingly being scrutinized amid the failure of many active fund managers to beat their benchmarks.

Countless studies have shown that, for many investors, exposure to the stock market through low-cost, passive index funds would improve returns.

Even those professionals that do manage to rise above the index seem to be benefiting more from luck than skill. Top-performing fund managers fail to maintain superior returns over even a couple of years, according to a recent S&P analysis.

This year has been a particularly bad one for active investing. Just 18 per cent of U.S. active managers beat a basic stock index in the first six months, which made for the worst first half on record, according to Merrill Lynch data going back to 2003.

Relatively high stock correlations this year has made it difficult for managers to identify market-beating opportunities.

Most Canadian funds have similarly fallen short of their mandates. The second quarter saw 17 per cent of Canadian large-cap equity fund managers beat the market, which was the lowest rate of outperformance among data going back to 1999, according to a recent Russell Investments analysis.

Canadian money managers have typically had the least success in trying to generate excess returns in the United States – the world's largest, most competitive, most efficient stock market.

Over the past year, 6 per cent of Canadian-based U.S. funds bested the S&P 500. The beat rate declined to 1 per cent over a two-year period, the S&P report said. And over five years, nil.

To be fair, it's not easy for any investor to find an edge among the largest U.S. stocks, no matter where you're from. The S&P 500 beat more than 90 per cent of U.S.-based managers over the last five years.

"With U.S. equities particularly, it's extremely difficult for anybody to consistently outperform," said Dave Paterson, a fund analyst with D.A. Paterson & Associates.

"There are a couple [of Canadian funds] that are pretty solid, but none of the them would really add any value over and above what you can get by buying the ETF that replicates the S&P 500."

The high rates of underperformance by active funds, in the latest data and in general, is not for lack of talent in the fund management business.

Most managers do tend to beat the index, before fees, Mr. Hallett said. "The skill is there, but it's being diluted by relatively high retail costs."

An active strategy might make more sense where there is a greater chance of any given investor gaining an advantage over the masses, he explained. That would generally favour emerging markets over developed markets, Canada over the United States, and small cap over large.

Have we reached peak ETF? Do we understand our ETFs? We will after the next panic 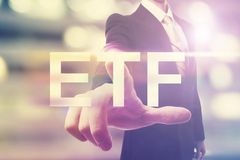 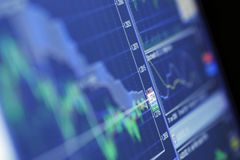