The need to invest outside of Canada is one of those permanent truths that goes permanently unheeded.

Canadian investors remain overly disposed to Canadian investments, an imbalance likely made worse by this year's outperformance of the S&P/TSX composite index.

With the U.S. economic outlook brightening, and the valuation discount that made Canadian stocks cheap by comparison at the start of the year now virtually eliminated, there may be renewed cause to reduce domestic exposure.

While Canada represents just 3.6 per cent of the world's stock market capitalization, Canadian investors reserved a 59-per-cent allocation of their equity holdings for the comforts of home, according to a recent Vanguard report, citing International Monetary Fund figures.

"Home bias is a recognized global phenomenon, preventing domestic investors from being fully diversified across global markets," the report said. "In addition, this bias is often conscious and intentional, with investors actively overweighting domestic holdings at the expense of foreign securities."

There are some clear implications to that kind of investing disposition.

The first is security concentration. As Vanguard noted, the top 10 holdings in Canada make up nearly 36 per cent of the index.

Second, Canadian-biased investors risk concentration among sectors. The energy and financial sectors together account for 60 per cent of the market capitalization of the S&P/TSX composite index.

"Consumer, health care, biotech and to some degree technology, you can't find in Canada," said Mike Newton, a portfolio manager at ScotiaMcLeod. "There are a few, but everybody chases them."

Maintaining a 60-per-cent weighting in Canadian stocks closes off Canadian investors to many solid foreign enterprises, he said. "I seek out phenomenal companies, and when you do that with a rational methodology, you're not going to find yourself investing in a lot of Canadian companies."

Granted, Canadian home bias may have served investors well this year. The S&P/TSX composite index is up by 14.3 per cent year to date, compared with an 8.6-per-cent gain for the S&P 500.

But that outperformance may be running out of steam, according to Gluskin Sheff chief economist David Rosenberg. Back in February, Mr. Rosenberg argued that Canadian stocks were trading at an "epic" discount to U.S. stocks.

"Most, though not all, of the valuation attractiveness of the TSX had commanded over the S&P 500 has vanished in recent months," he said last month in a newsletter. That assertion was based on the latest PEG ratio of the two markets, which is designed to provide a more complete picture of valuations by dividing the price-to-earnings ratio by expected earnings growth rates.

A way to reduce exposure to Canada would be to invest directly in high-quality foreign stocks, Mr. Newton said.

"Some argue that if you just buy great global companies, you're returns are going to be limited because everybody is there already. I think that's a bunch of baloney, I'd still rather own a great company."

One possible workaround for Canadian home bias is the relatively new Vanguard FTSE All-World ex Canada ETF, a Toronto-listed fund that invests in mid- and large-cap stocks from developed and emerging markets – everywhere but Canada.

"If you're looking for something that maximizes non-Canadian exposure, this is it," said John DeGoey, vice-president and associate portfolio manager at BBSL. "Simplicity, that's the advantage. It allows you to get access to the whole world."

The ETF, which began trading in July, gives investors the chance to eliminate home bias with a single security. It invests in four separate U.S.-listed ETFs focused on the U.S., Europe, Asia Pacific and emerging markets, respectively.

There are withholding taxes to consider, as well as currency exposure. And at 0.25 per cent, the management fees on this ETF are higher than on the component funds, but the reduced transaction fees in buying a single security probably offset that, Mr. DeGoey said. "If you buy them individually, it might cost you money to rebalance, and it might trigger some capital gains if they're in a taxable account."

For investors looking for diversification in a single purchase, the ex-Canada ETF is a good choice, Mr. Newton said, but he noted that the ETF tracks an index that includes about 2,900 stocks in 46 countries. "That vehicle becomes a macro call on the world economy," he said. 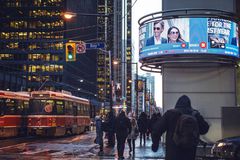 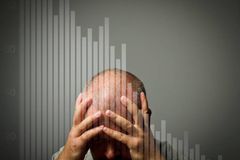 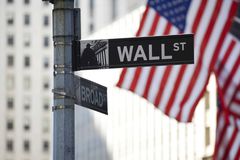 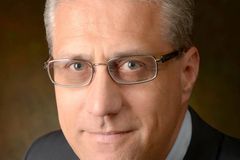 Build a margin of safety into your investing, says TD chief strategist
August 10, 2014 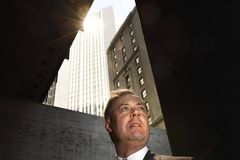