The "Core Series" of ETFs, offered through BlackRock's iShares brand, is made up of nine funds that cater to investors who want to buy and hold. These funds cover what iShares deems the "key asset classes" that many investors target to form the base of their portfolios – from Canadian equity and bond funds, to U.S.-focused funds, to international and emerging market offerings. Investors can diversify at a low cost.

"It's like the foundation of any structure, it tends not to shift too much through time as a result," said Mary Anne Wiley, head of iShares Canada, of the new funds. "If [investors] can find a low-cost solution for the foundation of the portfolio, it frees up dollars to do other things, like complement that core with other specialty-style investments that tend to be more expensive."

The Canadian-listed ETF industry recently hit $66-billion in size and competition is heating up among providers. With nine key ETF players now offering funds in the Canadian market, companies need to do more to differentiate themselves. Some new entrants are looking to alternative indexing, new asset classes, while other larger firms such as iShares and BMO Asset Management have the scale to be able to compete aggressively on fees.

"It's kind of like a monopoly board, and once all the properties are taken … the only other way to differentiate is by price, or by alternative indexes," said Howard Atkinson, president of Horizons ETFs Inc., the country's third-largest ETF provider by assets. "Those are two of the trends we've been seeing."

With more than $42.6-billion in assets under management in Canada, BlackRock Canada has the scale to compete on price. The iShares Canadian Broad Equity index, which the company said covers 95 per cent of the national equity market, has a new annual management fee of 0.05 per cent, down from 0.25 per cent. Its peers' competing funds range from 0.12 per cent to 0.15 per cent.

The lower fees for the iShares ETFs "undercut every other provider," Pat Chiefalo, analyst at National Bank Financial, wrote in a note to clients. "These ETFs are now some of the most compelling in their respective asset classes and geographies."

The ETF investment category has seen significant growth in Canada since 2008, when the funds made up 2.9 per cent of the investment industry. By the end of 2013, ETFs made up 6.4 per cent.

The growth didn't appear as swift last year, when Canadian ETF asset growth of 7 per cent lagged the nearly 18-per-cent growth of the mutual fund category.

But this isn't an indicator of future growth potential, Ms. Wiley said. "There was a short-term effect because the market was out of favour, so more dollars were leaving Canada than were coming in," she said, noting that the liquidity of ETFs allows money to move quickly. She still thinks ETFs as a category will grow in the double-digits in Canada and around the world in the future.

Mr. Atkinson said he doesn't expect other fund providers will rush to follow iShares in offering lower fees, although the industry will monitor them. "[Investors] can't just pick the lowest fee product," he said. Investors should be mindful of the characteristics of different indexes they choose, which influence performance, as well as the tracking error, which is the difference between the index and the fund performance, he said.

The all-in costs of owning an ETF also include the cost of getting in and out of an investment, which can include brokerage commissions, or spreads.

Ms. Wiley points out that for a longer-term investor – such as those buying the Core Series – these costs may be less important. 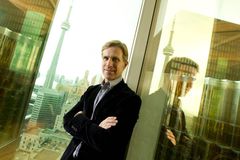 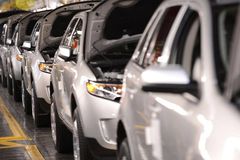 Leading natural resources fund gets boost from harsh winter
Subscriber content
March 17, 2014
Follow Jacqueline Nelson on Twitter @j2nelson
Report an error Editorial code of conduct
Due to technical reasons, we have temporarily removed commenting from our articles. We hope to have this fixed soon. Thank you for your patience. If you are looking to give feedback on our new site, please send it along to feedback@globeandmail.com. If you want to write a letter to the editor, please forward to letters@globeandmail.com.
Comments