Canadians now have a simple way to place a broad bet on the global auto sector, just as it heads toward what one analyst believes will be a record-breaking year for sales.

Two new exchange-traded funds hold a broad swath of auto industry players, allowing investors to profit from the progress of the entire sector, rather than having to choose individual stocks.

First Trust Nasdaq Global Auto ETF focuses only on auto makers, while Global X Auto ETF is a broader industry play, tracking auto parts manufacturers in addition to vehicle producers. Both of the U.S.-listed ETFs have the potential to benefit as the sector stages a strong recovery from its recession-induced funk.

"The industry is in a sweet spot" because of a growing appetite for autos from developing nations such as China, India and Brazil, as well as rising profit margins because of restructuring after the 2008-2009 recession, Bank of Nova Scotia economist Carlos Gomes says.

"I am expecting record sales globally this year" of about 75 million units, outpacing the prior peak of 73 million units in 2007, he said.

Japan's March 11 earthquake, which has caused parts shortages and forced auto makers to scale back production, will dampen sales in the second and third quarters, but "it's a short-term phenomenon," Mr. Gomes said. "We are expecting a snapback in the fourth quarter."

Auto sales are accelerating, he said, as incomes rise in emerging markets such as China, which dethroned the United States as the world's largest auto market in 2009. There about 45 vehicles for every 1,000 people in China, compared with close to 700 per 1,000 people in the developed nations, so the potential to expand sales in the Asian nation is "very significant," he noted.

In the U.S., Mr. Gomes believes sales will grow to about 13 million units this year, up from a recent low of 10.4 million in 2009, as Americans replace their old vehicles.

David Whiston, an auto analyst at research firm Morningstar Inc. in Chicago, is also upbeat on the auto industry over the next few years, but warned that "the market has priced in a lot of that growth" in stocks of certain auto makers and suppliers.

But shares of U.S.-based General Motors Co. and Ford Motor Co., which were hit hard during the recession, are still attractive because they are being priced as if they have little growth potential, he said.

Both firms are profitable, and "they are going to do even better in the coming years because they are still coming off this massive fall-off in sales in 2008 and 2009," Mr. Whiston said. He estimates a "fair market value" of $48 (U.S.) a share for GM and $24 for Ford.

Morningstar ETF analyst Robert Goldsborough doesn't know which auto maker will win the race for market share, but said that investing in an auto-industry ETF takes away the risk involved in picking a single stock.

They are a "great way to participate in the industry's growth," but shouldn't be more than 5 to 10-per-cent of a portfolio since they focus on a narrow sector, he said.

Until recently, only Boston-based Fidelity Investments offered a diversified way to play the auto industry through its Fidelity Select Automotive Portfolio. This actively managed mutual fund sold only to U.S. investors invests in auto makers and parts suppliers.

Even though the auto industry has been in turmoil in recent years, the fund posted an annualized 7.9-per-cent return over 10 years ending May 31, versus 2.6 per cent for the S&P 500 Total Return Index. Over one year, the fund has gained nearly 42 per cent. "For investors, it has been a successful place to be," Mr. Goldsborough said.

Despite his bullish call, Scotiabank's Mr. Gomes warned that the upward trend in the auto industry depends on global economic growth running at more than 2.5 per cent. "Last year, growth was about 5 per cent, and this year our forecast is about 4.5 per cent," he said.

While surging oil prices are a potential headwind, he isn't concerned unless the commodity hits the price range of $140 to $150 per barrel. "In North America, people are not cutting back … but are opting for smaller vehicles," he said.

Another potential headwind is slower sales in China, where traffic gridlock forced Beijing this year to cap the number of new car licences being issued. "We are expecting somewhere around a 10-per-cent increase in sales for China, versus 30 per cent in 2010 from the previous year," but sales will come from other regions, he said.

While ETFs are a good way to play the auto sector, "the risk is that the industry is very cyclical," he cautioned. "When you do get into an environment where growth does begin to slow, then the auto industry slows more than the overall economy."

The fund tracks 32 large auto makers in nine developed and emerging markets. The three largest names, Daimler AG, General Motors Co. and Honda Motor Co., make up 23 per cent of the fund. Japanese firms account for 33 per cent of the portfolio, while German companies represent 20 per cent and American enterprises, 18 per cent. The ETF charges a 0.70-per-cent fee.

The fund tracks 50 auto makers as well as related companies that get more than 50 per cent of revenue from the automotive industry. The top three names - Toyota Motor Corp., Daimler and Ford Motor Co. - represent 30 per cent of the portfolio. Germany, Japan and the U.S. each account for roughly 23 per cent of the fund. This ETF charges a 0.65-per-cent fee. 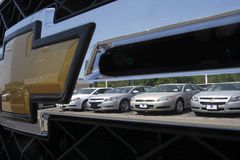 updated
Auto bailouts won't be repaid in full
May 1, 2018 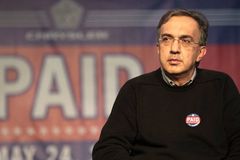 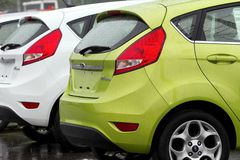 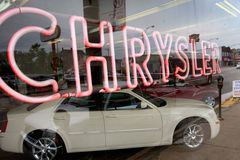