But do investors know what they're buying? Because behind the glitz of a hot ticker, they appear be paying a hefty price for some pretty basic technology stocks, such as Cisco Systems Inc., Intel Corp., Nvidia Corp. and International Business Machines Corp.

"I love the hundreds of millions piling into blockchain ETFs to pay 70bps to buy OSTK, IBM, CSCO, MSFT, and NVDA. Now that's a good business," David Schawel, chief investment officer at Family Management Corp., tweeted last week. "When you go to sleep, you can feel good knowing the ETF symbol you paid 70bps for kind of sounds like Blockchain."

For example, a third of BLCN's holdings can be found in State Street Corp.'s Technology Select SPDR Fund, which goes by the ticker XLK, and its Financial Select Sector SPDR Fund, symbol XLF. What's more, the blockchain ETF's returns are nearly 90 percent correlated with those of XLK, according to data compiled by Bloomberg.

Meanwhile, half of actively managed BLOK's holdings appear in the combination of XLK and XLF. And the fund's returns are more than 75 percent correlated with those of XLK, according to data compiled by Bloomberg.

The issue isn't necessarily the overlapping holdings -- it's the cost. BLCN charges $6.80 for every $1,000 invested, and the management fee for BLOK is $7. Compare that to XLK or XLF, which charge $1.40 for a basic, indexed technology or financial portfolio, and it's hardly unexpected that investors are starting to question what they're paying for.

Kian Salehizadeh, senior analyst at Reality Shares, the firm behind BLCN, is aware that at the moment his fund looks like a mix of tech and finance. But he cautioned that investors shouldn't expect that to be the case forever as the ETF sorts through a rules-based system that scores about 4,000 global stocks based on how involved the companies are in the blockchain ecosystem.

"We're pretty confident that that sector breakdown is going to constantly evolve over time," Mr. Salehizadeh said. "It's much more straightforward and efficient for an investor to access that dynamic landscape through an ETF than to try and invest one-by-one themselves or assume that if they just buy a tech ETF they're going to get the same level of exposure."

To Christian Magoon, chief executive officer of Amplify ETFs, which offers BLOK, his fund's extra cost is warranted because it's overseen by an active manager and the portfolio is globally focused.

"For 70 basis points -- much less than the cost of the average actively managed technology or financial services mutual fund -- an investor hires the BLOK portfolio management and research team that is able to watch the blockchain market segment globally and make buy and sell decisions on a daily basis," Mr. Magoon said.

Blockchain has emerged as one of the hottest investing ideas in the market, as cryptocurrencies bring widespread attention to the technology. Firms have been clamoring to launch ETFs that track it, even if that means dropping the word "blockchain" from their names to please wary regulators. At last week's "Inside ETFs" conference in Hollywood, Fla., the topic of Bitcoin and blockchain ETFs dominated much of the conversation.

And people are buying. Combined, BLOK and BLCN have taken in $258.8-million in assets in less than two weeks. That's abnormally high when you consider the average fund launched since the start of 2017 holds about $51 million in assets, according to data compiled by Bloomberg.

Yet another blockchain ETF began trading Tuesday. The Innovation Shares NextGen Protocol ETF, which goes by the ticker KOIN, is deploying artificial intelligence to scan news sources and create a portfolio of up to 60 companies. Holdings will be cryptocurrency payees, mining enablers, solutions providers and blockchain adopters.

Still, investors shouldn't take the names for granted, but instead should dig into what the ETFs are actually holding, according to Matt Schreiber, president and chief investment strategist at WBI Investments.

"Even though you think you're buying a blockchain or a Bitcoin ETF, whatever it might be, you've got to know what you own, you've got to kind of pop the hood," Schreiber said. "It's one of those herd environments where you have optimism, people aren't as in tune with what they own, and as a result they could make very, very big mistakes when it comes to their financial future." 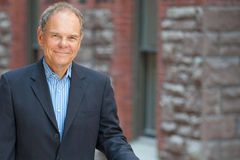 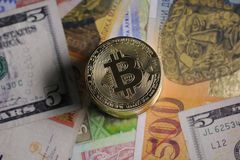