Remember the "Halloween effect" for equity markets; it will improve your stock market performance.

The Halloween effect states that investors will significantly outperform the stock market by "buying the market" on October 31 and selling on April 30. Ben Jacobsen and Cherry Zhang of Massey University in New Zealand checked out the Halloween effect by examining 300 years of market data in 108 countries. They determined that stock market returns from November through April were on average 4.52 per cent higher than those between May and October. Over the past 50 years, the average difference was 6.25 per cent.

Prior to the release of Messrs. Jacobsen and Zhang's study, I completed a research report examining the TSX Composite Index during the November to April period that found similar results. First sentence in the report summarized the phenomenon: "Buy when it snows, sell when it goes". Ironically, the weather forecast for Toronto this Halloween is for the season's first snow.

Why does the Halloween Effect occur? Two reasons are prominent: The November to April period features two periods of seasonal economic growth, the Christmas buying season and the spring buying season. The May to October periods features a period of above average volatility. 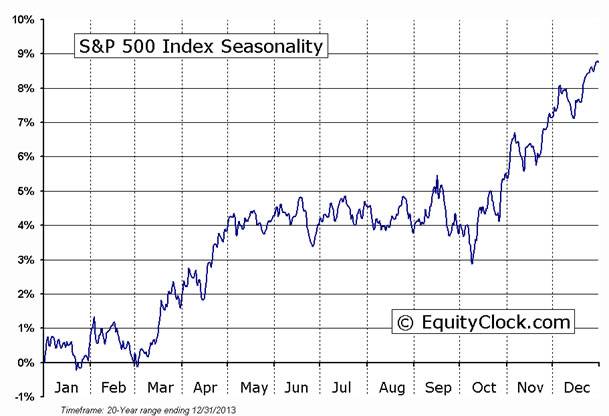 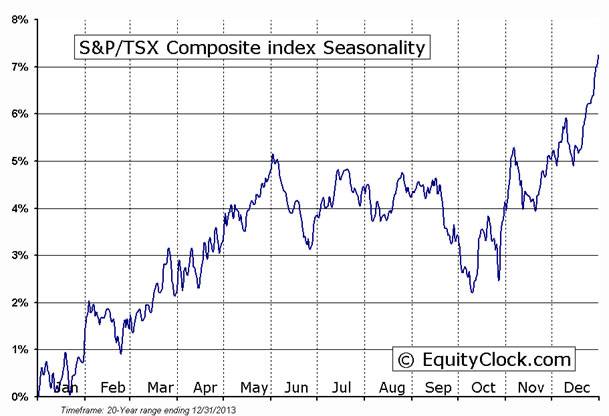 It's not too late to "buy the market" despite recent gains. The period of seasonal strength is just starting. Purchases on short-term weakness are preferred. A wide variety of investment products are available that track North American equity markets including mutual funds and lower cost Exchange Traded Funds. The most actively traded ETF in the world is S&P 500 SPDRs (SPY). Canadian investors also can choose to invest in the S&P 500 Index in Canadian Dollars. Choices include Horizons S&P 500 ETF (HXS), BMO S&P Index ETF (ZSP) and iShares Core S&P 500 Index ETF (XSP). The Canadian ETFs are hedged to reduce currency risk.

Disclaimer: Comments, charts and opinions offered in this report by TimingTheMarket.ca and EquityClock.com are for information only. They should not be considered as advice to purchase or to sell mentioned securities. Data offered in this report is believed to be accurate, but is not guaranteed. Don and Jon Vialoux are Research Analysts with Horizons ETFs Management (Canada) Inc. All of the views expressed herein are the personal views of the authors and are not necessarily the views of Horizons ETFs Investment Management (Canada) Inc., although any of the recommendations found herein may be reflected in positions or transactions in the various client portfolios managed by Horizons ETFs Investment Management (Canada) Inc.