The man they call the father of modern finance is on the board at Dimensional Fund Advisors, but there's an even more telling sign of how serious this company is about managing money.

Where the typical mutual fund firm sees its mission as marketing products to advisers and investors, DFA sticks to running its mutual funds and lets the results do the selling.

Three things you should know about DFA:

Its mutual funds are available only through advisers.

It won't let advisers sell its products without first checking them out and having them attend – on their own dime – a two-day educational session at its U.S. offices.

It doesn't actively promote itself to anyone – advisers or investors.

"They're almost anti-marketers," said Dan Richards, a consultant to the advisory industry. "There are only a few firms like that – Vanguard would be an another example."

Looking for an investment adviser who has put some thought into his or her investing approach and who emphasizes advice as opposed to selling products? Consider one of 160 or so advisers in Canada who sell DFA products.

DFA is based in Austin, Tex., and runs global assets of $239-billion for individual investors as well as pension funds that include some of Canada's largest (Canadian assets total $4.5-billion). On the firm's board of directors is Eugene Fama, the academic who is called the father of modern finance and who developed the efficient market hypothesis. It suggests that stock markets are efficient, that share prices reflect all known information, and that trying to outsmart the market as an investor is pointless.

Mr. Fama and other financial theorists have had considerable influence on DFA's investment approach. "More than many firms out there, they're rooted in academic research," Mr. Richards said. The best way to describe the DFA approach is to call it a blend of passive investing, where the efficient market hypothesis is put into action by mirroring the holdings of major stock and bond indexes, and active investing, where a manager tries to pick securities that will outperform. In simple terms, DFA approaches a particular stock market by creating its own universe of eligible stocks, with an emphasis on smaller-size companies and out-of-favour "value" stocks that increases risk but also the potential for higher returns.

DFA fund returns are quite competitive with both traditional mutual funds and exchange-traded funds. But the appeal of doing business with this company as an investor lies as much in the company's broader business philosophy as it does in returns.

For example, this is a rare fund company that actively tries to keep fees low. That's why it requires investors to have a minimum of $10,000 in any of its funds. Brad Steiman, head of the company's Vancouver-based Canadian operation, said that the larger the average client holding in a fund, the lower the cost of record-keeping. "We're obsessed with costs and this is one area we keep an eye on," he said.

Fees for DFA funds are very low by mutual fund standards, and they're quite competitive against exchange-traded funds if you factor in the cost of advice. The F-class version of the firm's core Canadian equity fund has a management expense ratio of 0.4 per cent. On top of that, you'd have to pay your adviser a fee of something like 1 per cent of your assets.

DFA's fees are also kept low by the absence of self-promotional marketing. "We don't advertise, we don't buy assets, we don't have an army of sales people knocking on doors," Mr. Steiman said. The DFA philosophy for finding advisers to sell its products: They come to us, we don't come to them. Advisers who do approach the firm are checked out by DFA using publicly available information. On occasion, the firm and an adviser decide not to partner up.

"The most important attribute that we're looking for is that they're disciplined, long-term investors," Mr. Steiman said. DFA's rationale for this is that its strategies are undermined when its clients trade in and out of its funds, and costs to all investors are driven up.

DFA further requires advisers to attend a two-day educational session at its U.S. offices before they can sell the company's funds. "They put a lot of data out and they say, 'You either you choose to believe what we're showing you, or you don't,'" said Tony De Thomasis, a Thornhill, Ont.-based adviser who attended a DFA session in 2002.

Mr. De Thomasis said he'd been turned off of traditional mutual funds after attending a conference early last decade where three managers offered radically different takes on the prospects for Nortel Networks. DFA's approach of buying the market and not trying to guess which stocks will outperform resonated with him.

While a firm believer in the DFA approach, Mr. De Thomasis is realistic about how the funds perform. He said the use of small and undervalued stocks means more risk than mutual funds and exchange-traded funds that hold big, blue-chip stocks. And while he expects long-term returns that surpass the index, he acknowledges there have been periods where the funds lagged.

Dig into that DFA Canadian equity fund and you'll find nuances that reflect the mix of passive and active strategies. In both the fund and the S&P/TSX composite index, the financial, energy and materials sectors combine for an approximate weighting of 75 per cent. But while the index comprises 246 medium- and large-size stocks, the fund's addition of small companies gives it a portfolio of 573 stocks. What investors end up with in the fund is a massaged version of the Canadian stock market. "We are not trying to outguess the market," Mr. Steiman said. "We're trying to deliver the return the market has to offer and then we're adding a little on the margin in terms of how we're managing."

If you're interested in speaking to an adviser who works with DFA, there's a search engine on the company's website. Never pick an adviser on the basis of what products he or she sells, though. A better differentiator is whether the individual is primarily an investment sales person, or a true adviser. In that sense, an affiliation with DFA says something.

Learning to take control of your investment portfolio
July 24, 2012 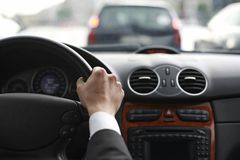 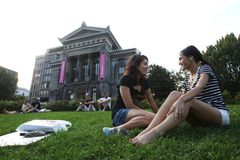 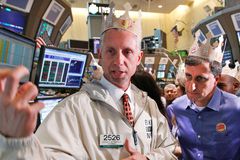 Seven common investing mistakes – and how to avoid them
August 2, 2012 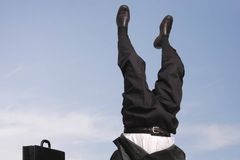 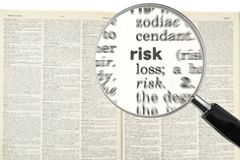 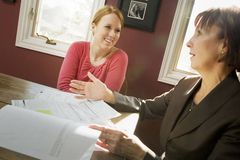