The sharp smell of singed electronics reminds me of a conversation I had in a physics lab while fixing a distressed piece of equipment. My colleague and I talked about his encounters with the stock market and the fact that his portfolio was also in dire need of a tune-up.

He first got into the market in the mid-1980s after stocks had advanced smartly. But his resolve was tested in late 1987 when the S&P 500 suddenly lost just over 20 per cent on what became known as Black Monday. The plunge scared him out of stocks.

But the 1987 crash turned out to be a temporary blip in a much longer bull market. These days it's easy to wonder what the big deal was all about, even though the crash was quite worrisome at the time.

Despite his losses, he returned to stocks after they recovered. Alas, once again, his timing wasn't great because he sold shortly after the recession hit in the early 1990s.

His unfortunate tale is hardly unique and many others have experienced similar bouts of poor timing in more recent times. It's a pattern that can be seen in the difference between mutual fund returns and the returns earned by mutual fund investors.

Mutual funds report performance figures based on the assumption that an investor puts all of their money into the fund at once. The money is then left there untouched and any distributions are reinvested. Technically speaking, fund returns are time-weighted returns.

However, most people put money into a fund, and take it out, in a lumpy fashion over time. Such changes must be taken into account when calculating the returns for an individual investor.

Similarly, to get a sense of how a fund's investors have done over all, it is important to take into account all of the cash flows into, and out of, the fund. Doing so results in what I'll call investor returns.

The difference between fund returns and investor returns is a measure of how well investors have timed their buying and selling.

Morningstar looked at the timing issue by studying funds offered in the United States over the decade ending Dec. 31, 2009. The results were not pleasant.

Consider the plight of technology funds, which fared particularly poorly after the Internet bubble collapsed in the early 2000s. As a group they posted average annual losses of 6.9 per cent.

But much like my hapless colleague, investors in those funds fared even worse with losses of 10.9 per cent annually. Bad timing cost them an additional four percentage points a year.

The decade was hard on most stocks and the average U.S. stock fund posted positive annual returns of only 1.6 per cent. However, the average investor experience was even worse. They picked up gains of only 0.2 per cent annually.

Given the large difference in results, it makes sense to look for ways to help shield investors from their own poor timing habits. It's a thorny problem that is hard to resolve completely. One potential solution comes in the form of the humble low-fee balanced fund.

Such funds hold a diversified mix of stocks and bonds. The combination tends to provide investors with a smoother ride and hopefully a little extra in the way of returns along the way.

According to Morningstar, investors seem to do well in balanced funds. On average the funds gained 2.7 per cent annually over the difficult decade and their investors fared even better with annual gains of 3.4 per cent.

Balanced funds offer something of a behavioural shield.

By packaging together both stocks and bonds, they help to conceal the volatility of their underlying components. It's a subtle point that reveals itself when you think about the experience of two investors who ultimately hold the same portfolio.

The second owns a collection of individual index funds that, in total, mimic the balanced fund in all respects. While their portfolios will yield they same amount of money, they may not feel the same way about their investments.

The person holding the collection of funds will likely have a few that will lose money in any particular year. But losses tend to be quite painful even if they're offset by gains elsewhere. They also have a nasty tendency of tempting investors to shuffle their money out of past losers and into past winners.

On the other hand, the balanced fund investor hides such disappointments from themselves. Instead they keep a firm eye on their overall performance and expose themselves to less timing temptation.

While balanced funds aren't a cure-all for the ails of market timing, they do represent a useful tool for new investors and for those who get a little jittery in downturns.

When shopping for balanced funds it is important to keep a close eye on the fees they charge. All too many funds offered to Canadians charge outrageously high fees. Some wrap programs (close cousins to balanced funds) are notoriously expensive and tend to be sold to, shall we say, less knowledgeable investors.

To help your search, I've listed some of the best low-fee balanced funds in the accompanying table along with a few details on each fund. The table shows their annual fees (or management expense ratio) and roughly how much they invest in stocks and bonds. I've also indicated whether the fund actively picks stocks or passively follows market indexes.

Balanced funds are simple, and a little boring, but they represent solid investment options.

If I were back in the lab today, I'd suggest the low-fee balanced approach as a way to repair my colleague's broken portfolio.

Fund vs Investor Returns in the U.S. 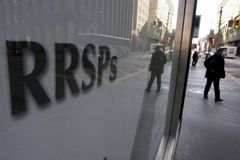 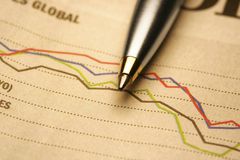 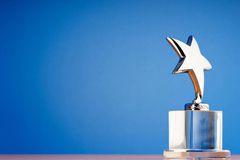