Here is an opportunity investors should salivate over: Buying $1 worth of stock for the bargain basement price of 70 cents, or even less. A sale on stock prices sounds too good to be true? Not at all, if you look at one of the more obscure areas of the Toronto market, a group of securities known as closed-end funds.

Closed-end funds resemble their better-known cousins, mutual funds, but with a twist. Closed-end funds trade on a stock exchange just like the shares of ordinary companies, and generally aren't immediately redeemable into cash the way that a mutual fund unit is. That means they often trade at levels well above or well below their breakup value, or the amount of money available for distribution to owners if the funds were wound down and the assets liquidated.

Consider United Corporations Ltd., a closed-end fund chock-a-block with conservative, blue chip names, many of them selected by the investment pros at famed money manager Jarislowsky Fraser. Yet its shares trade at a 31-per-cent discount to liquidation value, in effect offering investors the fabled $1 worth of stock at a price of only 69 cents.

Urbana Corp., a fund that invests in the shares of stock and commodity exchange operators, does even better. It trades at a whopping discount of 42 per cent to its breakup value.

For investors, finding funds available at discounts is easy because there are so many of them. The full list of funds, and the comparison between their market price and breakup value, is published on The Globe and Mail's Globe Investor website.

The big question to answer before plunking money down in them is whether the discount is justified, and whether factors exist that could make the discount narrow, preferably through a rising share price.

Those involved in the closed-end fund business say that because of the discounts, their offerings are often superior to mutual funds, which are heavily promoted for the sales commissions they generate for brokers and not necessarily because they're the best price deal for investors.

"The mutual funds industry is a very big machine, which has something that is sold to people rather than bought by people," says Michael Smedley, who manages the Canadian General Investments closed-end fund.

Mr. Smedley's CGI trades for a 25-per-cent discount. He says many savvy investors are attracted to the closed-end fund sector because it provides nimble market players the opportunity buy good assets on the cheap.

Closed-end funds are typically pint-sized, considered small caps in terms of their market capitalization. That means institutional investors with their big buying power don't generally purchase them, although many have adequate liquidity for retail investors to take positions.

Why closed-end funds often don't trade at their net asset values is a hotly debated point, but most explanations come down to the same simple demand-and-supply fundamentals that determine day-to-day security prices in general.

When markets are ebullient, closed-end fund discounts tend to narrow or move to premiums as share buyers flood in. Urbana, for instance, traded at a massive 60-per-cent premium in 2007 to its breakup value as investors clamoured to take positions in the then red hot stock and commodity exchanges sector.

During downturns, when investors flee the market, or when individual sectors go out of fashion, the discounts typically widen, often to unjustifiable extremes.

With the recent financial panic cooling interest in the shares of exchanges, Urbana, the former market darling with a huge premium, now trades at the largest discount available on the Toronto market.

The bulk of Urbana's investments are in shares of NYSE Euronext, the operator of the New York Stock Exchange, and commodity exchange operator CBOE Holdings Inc., two safe, liquid investments. Mr. Caldwell says investors would be crazy to buy the shares of the exchanges directly when they can buy them through Urbana "at a monster discount."

Click here for a closer look at seven of the more interesting closed-end funds on the TSX. 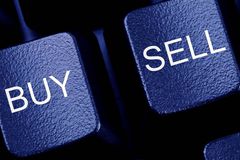 Closed-end funds: Calling all suckers
September 23, 2010
ETFs based on Morningstar Canada indexes on the way
January 31, 2012 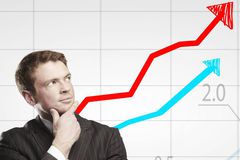 Investing in mutual funds? We make it easy
January 31, 2012
Follow us on Twitter @globeandmail Opens in a new window
Report an error Editorial code of conduct
Due to technical reasons, we have temporarily removed commenting from our articles. We hope to have this fixed soon. Thank you for your patience. If you are looking to give feedback on our new site, please send it along to feedback@globeandmail.com. If you want to write a letter to the editor, please forward to letters@globeandmail.com.
Comments