While there are no investment products in Canada that focus exclusively on gender diversity, that doesn't mean fund companies are turning a blind eye.

"The SRI fund companies have been successfully involved in engagement on gender diversity issues," says Deb Abbey, CEO of the Responsible Investment Association. "They have been engaged in dialogue with many of the companies in their portfolios and have been actively voting their proxies in favour of gender diversity on boards."

Last year, the Ontario Securities Commission implemented a new rule that requires companies to provide more transparency on their policies to add more women to their boards of directors and senior management ranks.

Since the proposal, NEI Investments has been directly communicating with companies, voting at times against nominating committees because of a lack of diversity on their boards. Since those discussions, NEI has seen progress in several companies, including Dollarama Inc. and Chinook Energy Inc. Both firms have added female executives to their boards.

"We are not where we need to be yet, but I am really encouraged with the companies and the interest we are seeing in this initiative," says Michelle de Cordova, director of corporate engagement and public policy at NEI Ethical Funds.

Socially responsible investing funds include environment, social and corporate governance issues as part of the analysis of a company. In the future, a lack of gender diversity could affect a company's SRI status, Ms. de Cordova says. Investors looking at SRI products need to be aware of what the specific criteria are for each fund, says Dan Hallett, vice-president and principal with HighView Financial Group.

"Take the time to become knowledgeable about the criteria and the tolerance thresholds used, because for some investors it won't go far enough," Mr. Hallett says. "But if you are really rigid on certain criteria, then you start to restrict the investment opportunities."

Investing specifically in gender diversity is still in its infancy in the U.S and it's hard to determine whether it will expand into the Canadian market. But strong past performances by companies led by women suggest investing based on gender diversity may catch on. A recent report by Bespoke Investment Group found that companies with more women in senior management roles have higher returns on capital.

"If you look at the performance of companies that embrace diversity, they tend to perform better than companies that are homogenous companies that tend to suffer from group think or everyone holding a similar view," says Deborah Fuhr, managing partner at Britain-based ETFGI, an independent research and consulting firm.

The fund is available to Canadian investors and tracks the Barclays Women in Leadership Total Return Index, which consists of companies that either have a female CEO and/or at least 25-per-cent female members on the company's board of directors. Currently, the index has about 85 stock holdings. (Canadian investors can access the index on the NYSE Arca Exchange).

"For the average investor, there is not a tremendous amount of opportunity out there for gender equality investing," says Sue Meirs, chief operating officer for structured products at Barclays. "The investors coming to us are thrilled to see an initiative like this being launched in the marketplace, and in an arena that they can access." 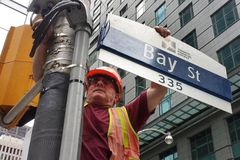 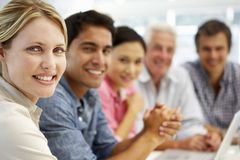 Let’s get serious about diversity
January 4, 2015 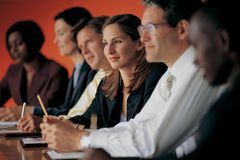 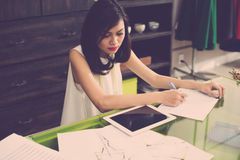 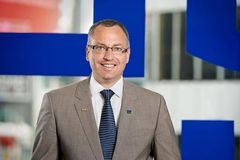