Steve MacMillan does plenty of window shopping to find the right stocks for his U.S. smaller-company fund, but few match his standards.

"In the course of a year, I will meet 400 to 500 companies, but I have only bought four new stocks so far this year," says the 37-year-old portfolio manager with Fidelity Investments Canada in Toronto. "For me, it is very rare to find the intersection of a great business and a great stock price."

When he does find one, it may not quite fit the image of a market darling. Some of the big gainers in Fidelity Small Cap America have been the makers of playing cards, contact lenses, socks and underwear. "I tend to look for companies that are growing modestly but are very stable with recurring revenue," he said. "The more boring [they are] the better. I am really focused on risk-adjusted returns and downside protection."

That strategy has certainly worked well. His fund recently won a Lipper Fund Award for three-year performance for the second consecutive year. This U.S. small- to mid-cap fund, which owns about 40 stocks, has posted a 25.62-per-cent average annual return for the three years ending July 31.

When the fund celebrated its 20th anniversary last April, it had outperformed the Russell 2000 Index of U.S. small-cap stocks by about 3 per cent a year after fees, in Canadian dollar terms.

"I am the fifth Fidelity manager over 20 years," said Mr. MacMillan. "That speaks to the amount of resources that Fidelity brings to bear in this market. We have an army of analysts constantly looking for U.S. stocks."

He has managed the Fidelity Small Cap America fund only since 2011, but the Richmond Hill, Ont.-native is no stranger to U.S. equities. After graduating from Wilfrid Laurier University in Waterloo, Ont., with a business administration degree, he began his career at KBSH Capital Management Inc. where he ran U.S. small- and large-company funds. In 2008, he joined Fidelity as a bank analyst before taking over Fidelity Small Cap America. A year ago, he also took over Fidelity American Equity Fund, which invests in U.S. larger-company stocks. Some names are in both funds.

They include winners such as Jarden Corp., which a Fidelity analyst discovered. The consumer products company has many "bizarre little brands," ranging from Bicycle and Hoyle playing cards to Rawlings baseball gear and the Crock-Pot slow cooker, he said. "The biggest brand is Coleman camping gear. They [Jarden] grow revenues very steadily, and generate a tremendous amount of cash flow."

Another is Hanesbrands Inc., which sells socks, underwear, T-shirts and other sportswear. This stock popped onto his radar screen after management came to see him. "They walked me through the stability of their business, and what the brand means to people," he said.

Cooper Companies Inc., a maker of contact lenses, has been a big gainer in both of Mr. MacMillan's funds. It became attractive after its stock took a hit on the recall of a product that made up a small part of the company's revenue.

"The core business was fine," he said. "It's a great business because people throw away contacts every two weeks, or every day, and the affinity to the brand is very strong. I have been wearing the same brand of contacts since I was 16 years old. They are not Cooper lenses, but that speaks to the brand loyalty of people who wear contacts."

Still, some names have disappointed, such as Progressive Waste Solutions Ltd. Mr. MacMillan sold the stock of this waste management company at a loss. It was a rare Canadian stock that he owned in the U.S. small-cap fund. The capital-intensive firm didn't really have a competitive advantage, he noted. "Pricing [competition] in the industry was worse than I thought."

He suggested that some Canadian investors may think that U.S. smaller-cap stocks are too risky because they conjure up visions of resource juniors, whose market value is a few hundred million. However, the average market capitalization in Fidelity Small Cap America is more than $4-billion (U.S.), he said. "So, small- to mid-caps in the United States would be mid- to large caps in Canada."

Mr. MacMillan doesn't make market predictions, but he described U.S. small-caps stocks, which rallied from 2010 to 2013 and struggled this year, as attractive again in terms of valuation compared to their larger peers. "But, if you ask whether I think these stocks are going to be worth more in three to five years, and can outperform the alternative of investing in bonds, the answer is 'yes.'" 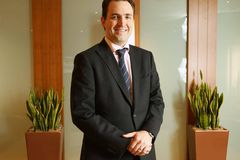 Spirit of income trusts lives on in Norrep funds
November 21, 2014 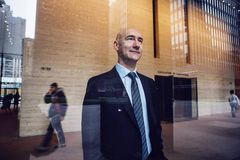 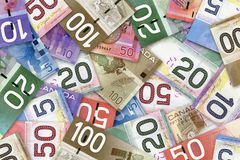 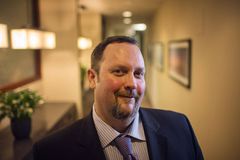