When it comes to dividend-paying stocks, small can be beautiful.

Dividends are normally associated with large blue-chip firms, but Aubrey Hearn has been ferreting out smaller names that have potential for strong growth, but also offer investors a regular payout.

"There are these smaller mining and oil and gas companies in Canada with dozens of analysts covering them, and they trade thousands and thousands of shares a day," says the fund manager at Toronto-based Sentry Investments. "But there are a lot of great little small- to mid-cap companies that are outside the resource sector, but no one looks at them."

Some of these under-the-radar dividend payers are in his Sentry Small- to Mid-Cap Income Fund. The fund, which is 75 per cent invested in domestic and the rest in U.S companies, won a Lipper Award for three and five years in the Canadian focused small- to mid-cap category. Over the three years ended last Oct. 31, the fund has posted an annualized 18.5-per-cent return.

"Some people assume that small- to mid-caps are riskier," the 33-year-old manager said. "That may be partially true, but the beta or volatility of this fund is lower than the TSX 60. We are not against mining companies, but we are trying to identify companies that are the best in their industry and also pay dividends."

He looks for companies trading at attractive prices but also generating good returns on invested capital, and don't have a lot of debt. "All the names that we own generate free cash flow," he said, noting the fund's average yield is about 3 per cent. "Just because [a company] pays a dividend doesn't mean we are going to buy it. … A lot of time companies have 8- or 9-per-cent yields, but the market is quite smart and may cut that."

Some of the fund's big winners in recent years have been income trusts that converted to corporations. They include Badger Daylighting Inc., which runs a fleet of hydrovac trucks used to dig and remove soil; Transforce Inc., a provider of transportation and logistics services, and K-Bro Linen Inc., an operator of laundry facilities. "All of these names have provided us with a lot of dividend income over the years," he said.

It's not surprising that these types of companies have done well for him given that he began his career at Sentry in 2005 as an analyst covering consumer and industrial income trusts. Born and raised in St. Mary's Bay, Nfld., he graduated with a commerce degree from St. John's Memorial University. He did stints at a call centre and in sales for two other mutual fund companies for a few years before landing at Sentry.

He became associate portfolio manager on the fund in 2008, and lead manager in 2010. He also began running Sentry U.S. Growth and Income in mid-2011, which can invest in both large and smaller companies. In the older offering, which also pays a monthly distribution, he expects to ramp up the U.S. portion in time to be closer to 30 per cent.

The U.S. market is becoming more attractive because there are signs that the economy is improving, and valuation levels remain compelling, he said. "We are [also] finding some good opportunities in the health-care space in the United States, whereas you can't really gain access to that sector in Canada."

Not all small-cap picks have been winners, though. Mr. Hearn recalls losing money on Pollard Banknote Ltd., a supplier of lottery tickets that used to be an income trust. Its stock has languished in recent years. The company is in a growing niche as various governments want tax revenue from lotteries, but "they had operational problems," he said. "We held it for about a year and sold it."

It's not uncommon for him to own a few companies that don't pay a dividends now, but may do so down the road. Among those names are Fiserv Inc., a U.S. global provider of financial services technology, and International Forest Products Ltd., a Canadian lumber company. "When we do meet with management [of those companies], we always say that should pay a dividend," he said. "Sometimes they listen."

His fund began to buy shares of Stantec Inc., which has been growing by acquistion, about seven months before it initiated its payout last April. The stock has become the biggest weighting in his fund partly because of capital appreciation, and because he bought more shares after it started offering a dividend.

"They were spewing so much cash, and there was no possible way that they could spend it on acquisitions," he recalled. "With an engineering and consulting firm, your assets [employees] go up and down the elevator. It's not like you have a big factory to spend on so there is not a lot of capital expenditures. We figured that with all that cash that they would eventually pay a dividend. Luckily, we were right." 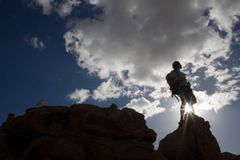 Stroll through Texas pawnshops pays off for fund manager
May 11, 2018 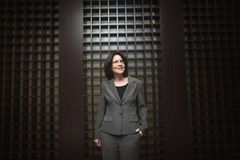 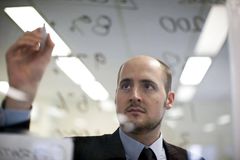 REIT ‘down under’ proves lucrative for fund manager
May 11, 2018 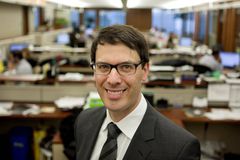