The recovery of emerging markets stocks, like so many other market trends, was upended by the election of Donald Trump to the U.S. presidency.

But the so-called Trump rally has stretched valuations on U.S. stocks, making emerging markets collectively look like a rare bargain by comparison.

It's Mawer's first stand-alone emerging markets fund, which is expected to have a management expense ratio of about 1.6 per cent, while based on a model portfolio the firm has run for the past few years.

Peter Lampert, the new fund's portfolio manager, spoke with The Globe and Mail about how he plans on beating the market in some of the world's fastest-growing and quickly changing economies.

How will the fund look different than the MSCI emerging markets index?

We think we can be more diversified than the index, even though the index might have 1,000 stocks. We can have a portfolio of 30 or 40 stocks, and still be more diversified. Our big underweight is in China, because that's 26 per cent of the emerging markets index. We're closer to 16 per cent. In terms of overweights, we found a lot of great opportunities in India and South Africa.

Why are you cautious on China?

There are a lot of state-owned companies looking out for government interest more than shareholders. We'll avoid those. Chinese state-owned banks are a large weighting in the index, and we're not interested at all.

What do you like about India and South Africa?

We use a bottom-up process, and we look for three key pillars – wealth creating companies, run by excellent management teams, with stocks at attractive valuations. But if you are to generalize, South Africa has a number of excellent management teams. One is Clicks, sort of the Shoppers Drug Mart of South Africa. They've done a fantastic job, continuing to open new stores, keeping costs down despite inflation, and creating a lot of shareholder value.

We've found a lot of that in South Africa – great management teams operating in a pretty tough environment, with everything from a weak economy with the mining slowdown, to poverty problems.

India's a bit different, it has a more positive backdrop with high GDP growth, increasing urbanization, rising labour participation. One company we plan to invest in is LIC Housing Finance, one of the largest mortgage lenders in the country.

They've really been taking advantage of that long-term positive dynamic India has, with more people moving to cities, rising incomes and more people being able to afford houses.

What are you looking for in terms of management teams of companies you're considering?

We're trying to understand management's strategy, if they're focused on allocating capital well and if they're aligned with shareholders. We look at how they're compensated. And we look at other businesses they might own, and conflicts they might have.

Do you have a macro outlook as you get this fund started?

Great companies can survive and thrive through periods of volatility. So what's going on between the U.S. and Mexico right now, for example, that's a big risk for Mexican companies.

So we'll make sure we don't have 10 or 20 per cent of the portfolio in Mexico, but we can still find great Mexican companies that, regardless of a trade war, have good, strong competitive positions and will be making money for shareholders 10 to 20 years from now.

The two companies that stand out are Bolsa Mexicana, the Mexican stock exchange, a great monopoly business. The other is Grupo Sanborns, they run the Sears department stores in Mexico.

How do you think emerging markets stocks are priced?

They're as attractive as they've been in 15 years, looking at the difference in price-to-earnings ratios, or price-to-book ratios, of emerging markets versus developed markets.

Are you focused on any investing themes?

That's not always the case. India's retail industry, for example, is very fragmented. There are almost no chain retailers. It's all mom and pop shops. And they may never get organized chain retailers. It looks like they're jumping straight to e-commerce and skipping that whole stage of development. 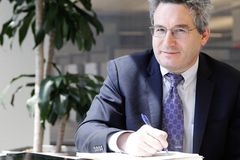 New fee-disclosure rules may hinder apples-to-apples comparisons
January 24, 2017
Follow Tim Shufelt on Twitter @tshufelt
Report an error Editorial code of conduct
Due to technical reasons, we have temporarily removed commenting from our articles. We hope to have this fixed soon. Thank you for your patience. If you are looking to give feedback on our new site, please send it along to feedback@globeandmail.com. If you want to write a letter to the editor, please forward to letters@globeandmail.com.
Comments