The plunge in oil prices has dragged down much of the energy sector with it. Yet, some energy-focused hedge funds managed to avoid the carnage entirely.

Lansdowne Partners - one of Europe's largest hedge funds with $22-billion (U.S.) - gained 14.8 per cent last year in its long- short energy-focused equity fund, according to a person familiar with the matter. Some commodity trading advisers, or CTAs, posted gains of more than 25 per cent in 2015.

Breaking even was an achievement last year, when the price of a barrel of oil dropped 30 per cent and the Standard & Poor's 500 Energy Sector Index lost 21 per cent. Energy-focused equity funds fell 10.7 per cent last year, according to eVestment's latest hedge fund performance report. Oil has fallen about another 21 per cent in 2016, trading below $30 for the first time since 2003.

Landsdowne bucked the trend with a majority of its gains from short positions, the person familiar with the matter said. Other key drivers at the $140-million fund, managed by Per Lekander, were long and short bets on utilities, energy infrastructure and renewables, the person said. Lansdowne spokesman Matthew Goodman declined to comment.

The energy sector had a few strong performers despite the overall turmoil. Parsley Energy, an Austin, Texas-based exploration and production firm, rose 15.6 per cent in 2015. Bets on the stock helped Zimmer Partners, the $1.9-billion hedge fund firm, post a gain last year, according to a person familiar with the matter. Its fund, which makes long and short bets on U.S.- based energy companies was up 3.5 per cent, according to an investor letter obtained by Bloomberg. Melanie Ashmore, Zimmer's head of investor relations, declined to comment.

Refinery stocks were a relative bright spot over the past year, though they were hit hard recently by the U.S.'s lifting of the crude export ban. Many investors have said the end of the ban will eat away at U.S. refiner's access to cheaper oil. The McGinnis MLP and Energy Fund, which was long on refinery stocks, ended the year up 1.4 per cent after a 10.4-per-cent plunge in December wiped out most of the year's gains, according to someone familiar with the returns.

"We don't think the removal of the ban has significantly changed the story for refiners," Mr. Henderlite said, declining to comment on the returns. Even without a ban, refiners will benefit from cheaper oil from Canada and Mexico, he said.

One of the most profitable strategies has been to bet against the price of oil and other commodities. Hedge fund manager Pierre Andurand, whose commodity-focused hedge fund gained 8 percent last year through Dec. 11, told investors last month that oil may fall to $25 a barrel or lower in the first quarter. Global supplies will continue to grow while global demand growth will slow, which could result in "a test of maximum storage capacity" and "significantly lower crude prices," he said in a letter. His London-based firm, Andurand Capital Management, manages $615-million.

The $103-million Millburn Commodity Program gained 25.6 percent last year, according to a person with knowledge of the matter. The quantitative fund got about half of its returns from energy bets, according to Barry Goodman, co-chief executive officer of Greenwich, Connecticut-based Millburn Ridgefield Corporation, which manages $1.4 billion.

"So far in 2016, our models are forecasting continued near- term declines for crude and the other instruments within the energy sector, although it is important to note that the models can be reasonably quick to adapt when they determine the environment has changed," Goodman said in an e-mail.

CTAs, which tend to be trend-following, were helped by energy price's "slow and steady decline over the past two years," said Melanie Rijkenberg, London-based associate director at the $9-billion fund of hedge funds, Pacific Alternative Asset Management Co. However, "once the trends stop, CTAs tend to struggle, particularly if we enter a directionless regime."

Betting against energy and energy stocks won't work forever, Ms. Rijkenberg warned. "As the market settles down and oil finds a bottom, there will be more value opportunities to capitalize on," she said.

Top Links: The real cause of volatility - the ‘smart money’ got it wrong
Subscriber content
January 19, 2016 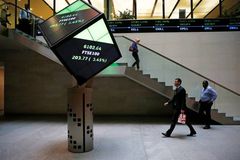 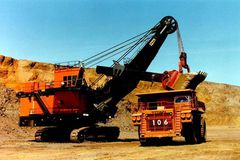