It's time to address a misconception that helps account for the weak level of commitment that Canadians have shown toward socially responsible investing.

Only about two cents out of every $1 held by the retail mutual fund industry is sitting in socially responsible funds, according to the Social Investment Organization, a group that promotes socially responsible investing, or SRI. Funds of this type shun companies in sectors like tobacco, and they favour those that are the best corporate citizens in their sector.

Corporate ethics is a hot topic of late - think of Wall Street bankers and the oil industry. So why is it that socially responsible investing hasn't caught on?

One explanation is that investment advisers, who do most of the fund selling in this country, are not knowledgeable about socially responsible investing and are reluctant to raise it with clients, SIO executive director Eugene Ellmen said.

Another theory is that people believe investing ethically means investing ineffectually. "That," Mr. Ellmen said, "is a prevailing misconception about SRI funds."

In fact, there are several SRI mutual funds that stand out as good investments. One example is Ethical Special Equity, which invests in smaller-size firms or, as they say in the investment industry, small-capitalization stocks.

"This is one of our top funds right now," said Frank Arnold, a Victoria-based adviser who specializes in SRI investing. "Coming out of recessions is usually the best time for small-caps."

Small-cap stocks offer a higher level of risk than larger companies, mainly because they're not as well-established. But Mr. Arnold said that Ethical Special Equity manages risk well. It lost 32.6 per cent in 2008, which is horrendous but still less than the 33-per-cent decline posted by the S&P/TSX composite index, which is a benchmark for bigger companies.

Ethical Special Equity has been below average in the past year or so, but that's hardly a concern because the 10-year average annual gain is twice the category average. "It's been one of the best funds in its space, regardless of whether it's SRI or not," Mr. Arnold said.

Another worthy SRI choice is Ethical Canadian Dividend, which is described by independent fund analyst David Paterson as being "a fairly straightforward Canadian dividend fund which has delivered decent risk-adjusted performance."

In the Canadian equity category, Mr. Ellmen said Desjardins Environment stands out as a top performer among funds from across the industry. In fact, the fund recently won an award from analysis company Lipper for having top three- and five-year returns.

Fund industry awards are mainly trivia, and it's not uncommon for award winners to revert to average or worse performance. But Desjardins Environment has better-than-average numbers going back 15 years (note: this fund is unavailable in some provinces).

SRI funds avoid a few industries altogether, but they generally seek out companies from across the economy that are exemplary in areas such as environmental policies and community involvement. This requires a screening process that fund managers can either do themselves or sub-contract to specialists.

One of the top specialists in Canada is a company called Jantzi-Sustainalytics, which maintains an index of socially responsible companies called the Jantzi Social Index. Mr. Arnold, the Victoria-based SRI adviser, said one of his top funds is Meritas Jantzi Social Index, which is a vehicle for investing directly in the Jantzi index.

The cost of owning the Meritas fund is on the high side, but the returns are still above average for Canadian equity funds over the past one-, three- and five-year periods.

Mr. Arnold also uses an exchange-traded fund (ETF) based on the Jantzi index, the iShares Jantzi Social Index Fund. This ETF is cheap to own, but you need a brokerage account to buy it because ETFs trade like stocks.

There are socially responsible funds in the bond category as well, and one that stands out is Phillips, Hager & North Community Values Bond-D. Over the past five years, returns have routinely been better than average in the Canadian fixed income category.

If you're looking at the companies behind these and other SRI funds, consider Mr. Ellmen's observations. He said the Meritas family offers rigorous screening - "zero tolerance on issues like tobacco and military production" - and it also has a policy of channelling 2 per cent of its assets into micro-credit, which means loans to people in developing countries who are starting their own businesses. Many of the micro-credit dollars generated by Meritas go to South America, but Africa benefits as well.

Sustainable development is emphasized by the Acuity family of SRI funds, while the Northwest & Ethical family emphasizes engagement with executives to try and influence company behaviour.

Think you'll have to give up returns to have socially responsible criteria like these applied to your investments? The results turned in by several SRI funds show us that's a misconception. 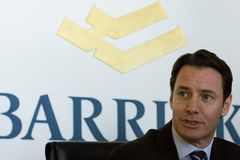 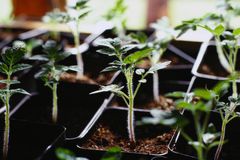