Regulators are moving at a snail's pace at examining the millions of dollars in fees that discount brokerages are charging for advice they do not provide.

About 83 per cent of mutual funds sold through discount brokerages in Canada include trailing commissions that are typically charged by financial advisers for the advice they provide. Of the total $30-billion in assets held in mutual fund products in discount brokerages, more than $25-billion remain in fund series that bundle an advice fee within the product, according to a paper released in January, 2017, by the Canadian Securities Administrators (CSA) that discussed the topic of discontinuing embedded commissions.

Now, more than a year after the CSA published its findings, Investment Industry Regulatory Organization of Canada (IIROC) has listed the conflict as one of its compliance priorities for 2018, and expects to provide guidance to discount brokers later this year.

Several brokers have taken matters into their own hands, taking baby steps to help educate the do-it-yourself (DIY) investing community.

But the pace of change is much too slow for Ken Kivenko, a prominent investor-rights advocate who says that discount brokers continue to pillage mutual fund investors while regulators are fiddling with the process.

"Paying too much for a service is regrettable. Paying for a service you don't even receive is inexcusable," says Mr. Kivenko. "Yet discount brokerages continue to collect adviser fees on mutual funds for advice they never provide, and couldn't even if they wanted to."

These funds are commonly known as Series A mutual funds and account for 68 per cent of the total amount of funds sold in Canada, according to the Investment Funds Institute of Canada (IFIC). These funds can charge a management expense ratio between 1.5 per cent to 2.5 per cent. By comparison, Series D funds – those tailored for DIY investors that strip out advice fees – typically charge an MER of less than 1 per cent.

As per IIROC rules, discount brokers – referred to as "order-execution-only" (OEO) firms – are not allowed to provide clients with advice.

Last May, IFIC reached out to regulators, asking them to adopt a rule that would ensure mutual funds that carry an embedded adviser fee are only sold in channels where advice is offered.

"IFIC continues to feel strongly that investors who use discount brokers to purchase mutual funds should not pay a fee for advice that they can't receive," said Paul Bourque, president and CEO of IFIC in an e-mail to The Globe and Mail. "It is an important principle and we're pleased regulators have taken up the issue."

Investor advocacy group FAIR Canada has been raising this issue with regulators since 2011. Frank Allen, executive director of FAIR Canada, says the conflict has been going on long enough and regulators need to put an immediate end to an issue that could have been handled as a discrete matter much more expeditiously.

IIROC has not been able to confirm when exactly the guidance will be given to discount brokers, but says it is working with the Canadian Securities Administrators to address the question of discount brokers offering Series A as part of the CSA's broader consultation on embedded commissions.

"In the meantime, we have asked order-execution-only firms to demonstrate how they comply with IIROC's conflict-of-interest rules," says Wendy Rudd, senior vice-president of member regulation and strategic initiatives at IIROC. "We expect that a Series A fund will not be offered where a Series D or F of the same fund is available, or that dealers take other steps to address the conflict."

But the investor's voice hasn't been completely unheard. Several platforms have improved initiatives around educating clients on lower-cost options, as well as removing Series A fund when there is a lower cost version of the fund available.

Last June, Scotia iTrade began to offer Series A mutual funds only when the equivalent Series D does not exist. This is a similar process to what discount brokers at Bank of Montreal and Royal Bank of Canada already had in place.

TD Direct Investing also placed a new initiative last spring that will see all new funds added to the platform not include a Series A fund when there is an equivalent lower-cost version such as the D series available. (Older funds will include both versions.)

The largest independent platform, Questrade, continues to sell Series A funds but doesn't pocket the advice fee in-house. Rather, the firm has had a reimbursement program since 2009 to pay back all trailer fees directly to clients when they purchase a commission-based product (although there is an administration fee deducted to do so).

Virtual Brokers, while it maintains only a small percentage of mutual fund assets on the books, is working to implement a similar reimbursement program to pay back all advice fees directly to clients.

Credential Direct directly informs investors prior to a trade that purchasing a Series A mutual fund normally charges higher fees than the equivalent Series D. Laurentian Bank also flags the client for a Series A purchase and if there is a lower-cost fund, will contact the client directly to notify them of the option.

Canadians still in the dark about investment fees despite major changes in disclosures
Subscriber content
January 19, 2018 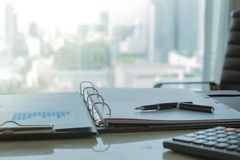 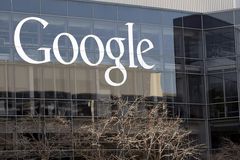 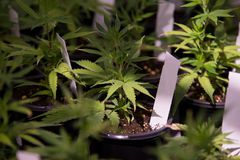