Michael Decter is a Harvard-trained economist, a former backroom organizer for the New Democratic Party and a former public servant. That background isn't typical for a Bay Street fund manager, but then neither are his recent returns.

With an 80.4-per-cent gain, his $30-million Redwood Global Small Cap has emerged as one of the best performing mutual funds in Canada for the year ended Jan. 31. Over two years, the fund, which is mainly invested in Canadian-listed energy, gold and materials companies with operations around the world, has garnered an annualized return of 105.8 per cent, after fees.

The secret of Mr. Decter's success? A knack for aggressive trading, an emphasis on looking at the big picture, and a strong preference for Canadian stocks.

"Canada is a great play on Asia" because of this country's strength in commodities, says the 58-year-old chief executive officer of Toronto-based LDIC Inc., and author of Ten Good Reasons: Why now is the right time to invest in Canada, published in 2008. "The growth is not just China and India, but 44 Asian nations growing at over 8 per cent a year."

Mr. Decter describes himself as a value investor, but unlike many of that ilk, he looks at the broader economy and tries to figure out which sectors will do best. He attributes his big-picture orientation to his background as a senior civil servant.

"You pay a lot of attention to the macro picture because you are trying to manage programs that people expect to be steady, like health and education," he said. Still, the severity of the 2008 stock market crash caught him by surprise. His Redwood Global Small Cap, launched in mid-2008, shed 54.3 per cent that year. "It was a pretty rocky first few months," he said. "But most of the money was mine because I had seeded it with $1-million."

Mr. Decter earned an economics degree from Harvard as a young man but didn't follow a path typical of his peers. In his recent book Tales from the Back Room: Memories of a Political Insider, he recounts his early career working in NDP campaigns in Manitoba. After several years working with the Manitoba government, including a stint as cabinet secretary, he started investing seriously in 1986 because he didn't expect to last in any job long enough to get a pension.

Don't Take In Too Much Money

Over the next decade, he parlayed $50,000 into $1-million in his registered retirement savings plan by trading through a discount broker. During that time, his day jobs ranged from health care consultant to deputy minister of health in the government of former Ontario premier Bob Rae. In his 1998 book, Million Dollar Strategy, he admits his returns were aided by "one of the greatest bull markets in history."

His investing hobby turned into a career after he met the late Jack Lawrence, a Bay Street legend who had started a venture investment firm after selling a brokerage firm he helped build to Bank of Montreal.

The pair were lunching at the Toronto Club in 1998, when former Ontario Liberal premier David Peterson, who was seated nearby, shouted: "Go ahead Jack - make a capitalist out of him." The pair negotiated a deal under which Mr. Decter agreed to help Mr. Lawrence turn around some of his troubled health-care investments. In turn, Mr. Lawrence helped him start his investment counselling firm.

The manager expects to close his global small-cap fund to new investors when it reaches $40- to $60-million in assets. "We don't want to hurt our performance by taking in too much money," said Mr. Decter, who also manages two other funds for Redwood Asset Management as well as individual accounts for wealthy investors.

Limiting the size of the global small-cap fund is a "good sign," says Dan Hallett, a fund analyst at HighView Financial Group, who notes the average turnover in the fund has been north of 700 per cent a year, meaning that on average it has been turning over its entire portfolio seven times annually. It would be difficult to stay that nimble with a larger fund.

But while the fund's recent returns have been impressive, Mr. Hallett warns that returns of that magnitude are not sustainable for any manager.

Still Mr. Decter can try. These days, he has amassed what he described as a "treasure trove" of about seven million warrants that came as sweeteners with new issues from companies having trouble raising money in the last two years. "We think that has important potential upside," he said. "Since October, the value has gone from about $272,000 to $1.2-million."

Within the resource sector, he likes oil stocks because they will benefit from growing Chinese demand for automobiles. "There are about 8.5 cars per 100 people in China whereas we have 87 per 100 people in North America," he said. "It is all incremental demand - these are not replacement cars."

He has also been buying potash stocks such as Amazon Mining Holding PLC because he sees fertilizer stocks benefiting from rising food prices. And he has added junior miners like Rockgate Capital Corp. that will benefit from rising uranium demand by China for nuclear fuel.

Mr. Decter remains bullish on the Canadian market, and expects it to climb 8 to 12 per cent this year. "Growth in Asia will continue, and that puts kind of a floor under a lot of things we produce in Canada."

In emerging markets, political risk is here to stay
February 27, 2011 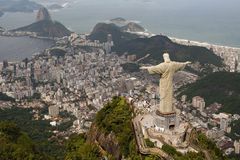 A glittering heap of precious metals and resource funds
January 16, 2011
Small-cap and resource funds lead the pack
May 24, 2010
For funds with drive, there's no place like home
November 28, 2009
Decter sticks with winners with room to run
October 26, 2009
Follow us on Twitter @globeandmail Opens in a new window
Report an error Editorial code of conduct
Due to technical reasons, we have temporarily removed commenting from our articles. We hope to have this fixed soon. Thank you for your patience. If you are looking to give feedback on our new site, please send it along to feedback@globeandmail.com. If you want to write a letter to the editor, please forward to letters@globeandmail.com.
Comments