Talk to Kevin O'Leary about what he's learned in his career, and he'll talk about cat food.

Cat food, because as a young MBA student, he took a summer job at Nabisco marketing the stuff. He says he learned that all the flavours were built out of two ingredients: beef paste and tuna paste.

Some years later, at the software company he co-founded, SoftKey Software Products (later renamed Learning Co.), he says he had a "eureka moment" and applied the lesson from cat food: "All you need is two engines, and the flavours come from that." To Mr. O'Leary, the engines for educational software were reading and math.

Today, having made millions from the sale of that company, Mr. O'Leary is a television star, with his reality shows Shark Tank and Dragons' Den, and his nightly spot on the CBC's The Lang & O'Leary Exchange.

He is also the founder and chief promoter of the O'Leary Funds, a group of investment vehicles that have raised $1-billion in less than two years, a remarkably fast start for a Canadian investment company.

As Mr. O'Leary promotes his funds, he relentlessly hammers home two ideas – yield and capital preservation – which he says he learned from his mother: "She told me 'never spend the principal, just the interest.' When you say that, it forces you to buy yield."

At least, that's how many on Bay Street view Mr. O'Leary's growing empire. Canada's investment community has never seen a celebrity-driven, heavily marketed fund company like his. Mention Mr. O'Leary's name to many Toronto money managers and you trigger chuckles or rants.

The reactions come in private, because there seems to be little appetite for taking on Mr. O'Leary in public. His television persona has made him a person to be feared, and envied.

Other money managers understandably don't like seeing their territory so successfully invaded by an interloper. And many of them take aim at Mr. O'Leary's investing experience, or lack thereof.

By the time Mr. O'Leary was hatching his plans for a fund company, he was a frequent sight on Business News Network, a sister company to The Globe and Mail, and on his reality shows. His entrepreneurial spirit and TV persona set the stage for a wholly different approach to launching and promoting funds in Canada.

The first product, the O'Leary Global Equity Income Fund, was launched in July, 2008. Once the regulator-mandated quiet period ended for the fund, Mr. O'Leary got the chance to talk it up on Squeeze Play, a show he co-hosted with Amanda Lang on BNN. A caller asked Mr. O'Leary if the Global Equity fund "would be rated as a very conservative fund."

Mr. O'Leary responded by saying Canadian bank stocks were "too risky" for the fund because it "is for grandmothers," is "totally conservative," and was something he could put his then-88-year-old mother in "and feel I'm not going to blow her portfolio up."

What happened next may have been unprecedented in the history of Canadian closed-end funds (so named because they trade on an exchange and are not "open" to investor redemptions except at select times). The fund soared 14.5 per cent the day after Mr. O'Leary's comments and traded at a significant premium to its assets for several months in the second half of 2008 – most closed-end funds trade at a discount to assets.

As the markets proceeded to fall over the next few months, the Global Equity Income fund plunged. By mid-2009, it was down more than 40 per cent from its highs. At current prices around $9.30 a unit, investors who bought at the top have seen their investment drop roughly 18.5 per cent, including distributions.

Yet those results did not stop the O'Leary fund machine: There's been a new O'Leary fund every three to five months, each one bigger than the last. After 18 months, O'Leary funds had raised $500-million. As the company approaches the two-year mark, it's now raised $1-billion across seven closed-end funds and five open-end funds. Mr. O'Leary says he'd like to take his company public once it reaches $2.5-billion to $3-billion in assets.

So, what role does Mr. O'Leary play in making investment decisions? Although he is the public face of the funds, he's not allowed to select investments, something the funds' prospectuses make abundantly clear. He merely provides "consulting services."

Do investors think Mr. O'Leary is picking the stocks because of the name of the funds and his promotion of them? "I'm sure that's not the case – I say it over and over again," he says.

Instead, the primary manager is a man named Connor O'Brien, who, Mr. O'Leary notes, is also "a Montreal-born Irishman."

After a career at Wall Street firms like Merrill Lynch and Lehman Brothers, Mr. O'Brien started a private equity investing firm in 1995. He and his wife later returned to Montreal and launched Stanton Asset Management, which managed about $100-million before Mr. O'Leary came calling in search of a personal money manager.

"Clients have asked about [my background]" Mr. O'Brien adds. "Now, I show them what we've done since June '08, and we see if that's sufficient."

All the O'Leary funds have exceeded their target distributions in 2009. The six funds launched in 2008 and 2009 have, since inception, surpassed their benchmarks by anywhere from 2.3 to 17 percentage points.

They are not, however, quite the conservative investments that Mr. O'Leary suggested on television. The Global Equity Income fund had 540-per-cent portfolio turnover in 2009, its first full year. That's comparable to the portfolio manager buying and selling the entire portfolio more than five times – not exactly the stable, buy-and-hold philosophy that one might expect.

The rapid trading costs money. While Mr. O'Leary has described his closed-end funds as "one of the lowest-cost products," the combination of administrative expenses, management expenses and trading costs for the Global Equity fund costs about 3.25 per cent of the funds' assets, a hefty hit.

Mr. Chellew, of Burgeonvest Bick, said the funds' costs were another factor that led him to reject them as an investment. He says he buys closed-end funds when he can't find an exchange-traded fund (ETF) that offers the investment mix he's looking for. Because he expects an expense ratio of just 0.25 to 0.6 per cent in an ETF, any closed-end fund he buys has to offer significant benefits for the extra cost.

Mr. O'Leary says "the churn was a function of the markets being in extreme chaos. There's no question my fund experienced churn. I make no apologies for what occurred; the only thing is how it's recovered … Investors are looking at the cheques every month, not the unit price. They're looking at whether the fund is doing what it said it would."

Returning to the themes of capital preservation and dividend yield, he says "that's why I think we raised $1-billion – it's not about Kevin O'Leary, it's about a philosophy that came from my mother."

Kevin O'Leary: Canada's master of (harsh) reality TV
Pitching the next big thing on Dragons' Den
Are you and your adviser on the same wavelength? 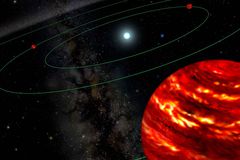