For many investors, the stock market's dramatic ups and downs have been unnerving.

And market-neutral hedge funds - which try to give zero market risk by balancing long and short positions and make money under all conditions - may gain more attention as more people seek alternative investment strategies.

"Those funds are not designed to shoot the lights out," said Dan Hallett, a fund analyst and director of asset management at HighView Financial Group. "They are designed to earn absolute returns, so a T-bill-plus return in any market."

They can provide diversification because they are not correlated to the market and should be able to make money even if the market gets stuck in a trading range, he noted.

"The difficulty is finding good hedge funds," Mr. Hallett said. "The stakes are higher because you are taking both long and short positions."

Here is a taste of some existing funds.

David Picton aims to score a return of about 8 per cent per annum for his fund invested in Canadian stocks.

Using fundamental and quantitative analysis, he buys companies with strong earnings momentum and positive changes, and uses the opposite criteria for stocks to short.

"We might have up to 200 longs and shorts, but most of the weight is concentrated in about 50 or 60 longs or 50 or 60 shorts," said the manager with Picton Mahoney Asset Management Inc.

"When you add in those short positions, you can build different correlations and different risk profiles that make your fund completely different from the market," he said.

Andrew McCreath aims for equity returns with bond-like volatility in his fund.

His fund's volatility is under 5 per cent [as measure by standard deviation] or less than a quarter of the S&P/TSX composite.

Market-neutral funds will be an increasingly attractive alternative to bond funds given fears of rising interest rates," the manager at Sentry Select Capital Corp. said

Mr. McCreath targets annual returns of 8 to 10 per cent per for his fund, which is invested in North American stocks. To reduce risk, he avoids investing in private companies; invests no more than 5 per cent in any single holding and has less than 10 per cent in small-cap stocks.

He typically owns 50 to 55 stocks and uses pairs trades - buying one stock and shorting another, often in the same sector - strategically. "I'm a stock picker," he said. "I am not taking any directional bets."

Jean-Philippe Choquette targets an 8- to 10-per-cent annual return, but garnered more than 25 per cent in 2009.

But he will admit that last year's robust performance in his fund, which is split between Canadian and U.S. stocks, is not sustainable.

The fund benefited from his sector-based pairs strategy that worked well in last year's extremely volatile market. He usually has about 30 to 35 pairs in his fund.

"We are stock pickers," the manager at Fiera Capital said. "We meet with management [of companies]everyday to identify what are key catalysts for shares."

The fund doesn't focus on a style in terms of growth or value stocks, he said. "We just want to make money."

"We typically have about 800 to 850 individuals stocks around the world" with more shorts than longs because betting on a declining shares is theoretically more risky, the manager with SciVest Capital Management Inc. said

He uses quantitative analysis to select stocks and model predicted returns, but he isn't looking for home runs.

"It's all about the spread between the long and the short - picking up nickels and even pennies along the way, as opposed to trying for dollars," Mr. Schmitz said.

He suggested that a market-neutral strategy is going to be one of the few ways to generate more than a 6-per-cent return given the direction of the U.S. market.

"I think we are in a multiyear trading range," Mr. Schmitz said.

"We are at the tail end of a cyclical bull market in a secular bear that started in 2001."

How market-neutral strategies have fared in recent years 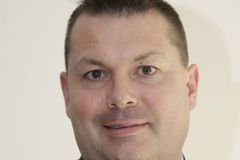 A hedge fund manager who has made money over the last year
May 8, 2009 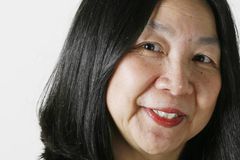 Investors return to Dundee in droves as funds rebound
March 29, 2010 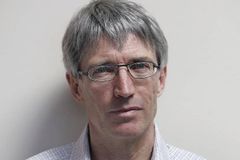 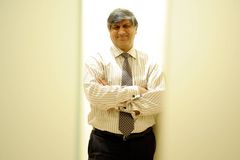 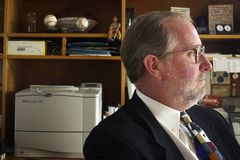