The Group of 20 appears poised to dissuade Canada's big banks from getting any bigger.

International authorities are moving ahead with plans to draw up special rules for "domestic systemically important banks" – large banks whose failure would cause major harm to a country's economy. That follows on last year's decision to tag a list of 29 financial giants such as JPMorgan Chase & Co. with new rules that require them to hold more capital for every dollar of assets they own.

The purpose of both efforts is to fight the notion that some banks are "too big to fail" by discouraging financial institutions from becoming so large that their failure would trigger a financial crisis – and a government bailout – as happened in 2008.

Canada's banks avoided the behemoth list. But as the G20 turns its gaze to those banks whose size threatens individual economies, Canada's biggest lenders have nowhere to hide.

They, too, may be forced to carry bigger reserves in the event of financial trouble – which would restrain their growth at a time when investors are already concerned about their profit outlook.

Combined, Royal Bank of Canada, Toronto-Dominion Bank, Bank of Nova Scotia, Bank of Montreal and Canadian Imperial Bank of Commerce control assets worth almost $3-trillion, more than double Canada's gross domestic product. By comparison, the $8-trillion (U.S.) in assets held by the five largest American banks is the equivalent of about 60 per cent of U.S. GDP.

Of the likelihood that Canada's banks would be considered systemically important, "I would be very surprised if they were not," said Charles Horn, a Washington-based partner at law firm Morrison & Foerster who specializes in financial regulation. "You could see how the failure of any one of the `Big Five' would send shock waves through the financial system."

G20 countries pledged they would agree on an approach for banks that represent a systemic threat to individual countries by November. That goal appears to be on track.

The Basel Committee on Banking Supervision, a collection of 27 financial authorities that was assigned the grunt work of coming up with the guidelines, published draft proposals in June. The Basel committee now is reviewing more than 30 submissions that arrived before the Aug. 1 deadline for comment.

The committee proposes giving national regulators until January, 2016, to implement the new guidelines for domestic systemically important banks, or "D-SIBs."

Canada's banking establishment, including the regulator, is sensitive to what's going on at the Basel committee, which is led by Swedish central bank chief Stefan Ingves.

Canada's Office of the Superintendent of Financial Institutions has long argued that national authorities should be given considerable discretion in deciding how to deal with local institutions, and chafes at the notion of having to implement a menu of one-size-fits-all rules that were decided elsewhere.

Canada's bank lobby, the Canadian Bankers Association, used its submission to the Basel committee to remind international authorities that "no Canadian bank failed or received a bailout during the recent global financial crisis," a veiled way of arguing that, when it comes to Canada, the G20 should leave well enough alone.

In a separate response, Bank of Nova Scotia's chief financial officer, Sean McGuckin, endorsed local regulatory "discretion," and made a case that banks with subsidiaries in many countries – such as Scotiabank – pose a lesser risk because their revenue sources aren't concentrated in one place.

The Basel committee's proposals, if adopted, would indeed give national regulators leeway in deciding which of its banks are systemically important.

However, authorities would be expected to disclose their methodology for assessing systemic importance of banks for peer review. And banks assessed as "D-SIBs" should be required to hold higher levels of capital that could be easily sold in the face of trouble, just like the 29 global banks deemed systemically important.

That could irritate Julie Dickson, the head of OSFI. Ms. Dickson is philosophically opposed to listing banks that are systemically important. Doing so distorts market behaviour by creating the impression that designated institutions are guaranteed a bailout, she says.

"We want to encourage market discipline," Richard Gresser, one of Ms. Dickson's top lieutenants, said in an interview. "We're less concerned about labelling an institution than we are about ensuring [failed] institutions could be resolved without costing taxpayers money."

Mr. Gresser said he's confident OSFI can meet the Basel standards without compromising its approach too much. For their part, the banks appear to be holding out hope that they will be left to the mercy of OSFI.

Basel committee "principles should explicitly note that national authorities, based on their discretion, may decide not to impose (higher loss absorbency requirements) on banks that have been identified as D-SIBs," the Canadian Bankers Association said in its submission. 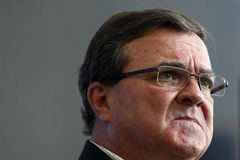 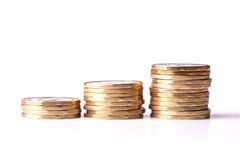 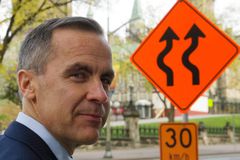