At least two top 10 shareholders in miner Xstrata PLC plan to vote against a takeover by commodities trader Glencore International, threatening the creation of a powerhouse spanning mining, agriculture and trading.

Standard Life Investments and Schroders said on Tuesday the deal, the mining sector's biggest, to buy the remaining 66 per cent of Xstrata for $41-billion (U.S.), undervalued their shares.

The deal, designed to create a company to rival mining heavyweights such as BHP Billiton and Rio Tinto, needs to be approved by 75 percent of shareholders excluding Glencore, which is barred from voting.

Standard Life, the fourth largest investor in Xstrata, and Schroders together own 3.6 percent of Xstrata, but 5.6 percent of the shares needed for approval, according to Thomson Reuters data. Their stand may persuade others to follow suit.

"I'm in complete agreement with Standard Life and we intend to do exactly the same. This is a fabulous deal for Glencore, it's probably a great deal for the Xstrata management, but it's a poor deal for Xstrata's majority shareholders," Schroders' Richard Buxton told Reuters.

Broker Liberum Capital said in a note: "Only 16 percent of Xstrata's register have to vote against the deal to block it, which means there is a significant risk Glencore's proposal isn't passed," Xstrata chief executive officer Mick Davis, who will be CEO of the enlarged company, admitted the two companies would have to work hard to bring some of his shareholders on board.

"We clearly have to now go to our shareholders and speak to them and take them through the transaction ... we've got a long gestation period, we recognize that," he told analysts.

Xstrata shareholders other than Glencore will hold 45 percent of the new company, to be named Glencore Xstrata International, even though Xstrata assets would comprise about 65 percent of the combined group's asset value.

Terms of the deal look set to spark tensions within investment houses which hold both Xstrata and Glencore stock.

Portfolio managers at a third top 10 investor are due to discuss the merits of the tie-up and the relative value for investors in each firm before deciding whether to reject or back the deal, a spokeswoman said, declining to be identified.

The new group, with mining assets from New Caledonia to the Democratic Republic of Congo, is expected to use its clout to look at other deals, including potentially a takeover of Anglo American.

"M&A is a space that you'd expect the combined group to be in," Mr. Davis told Reuters. "We have a combined entity which has much greater flexibility to be opportunistic and capture the right opportunities when they are there."

Anglo American CEO Cynthia Carroll declined to comment on the deal and when asked whether the deal signalled valuations had hit their lowest point said Anglo would be sticking to its plan of developing its pipeline of growth projects.

"Is there more and more interest in acquisitions? No question about it," she told Reuters in a telephone interview on the sidelines of a mining industry gathering in Cape Town.

Glencore will issue 2.8 new shares for each Xstrata share in a deal it said was a "merger of equals."

The ratio gives a 15.2-per-cent premium to Xstrata shareholders compared with its share price last Wednesday, before word leaked out about the merger talks, a joint statement said.

Xstrata chairman John Bond and chief financial officer Trevor Reid will retain their posts, and Glencore CEO Ivan Glasenberg, a billionaire who owns 15.8 percent of Glencore, will be president and deputy CEO of the new company.

Some are skeptical that Mr. Davis and Glasenberg, two brash, hard-driven deal makers from South Africa, will be able to work together as CEO and president of the combined group.

They have had a close and sometimes tense relationship as they both aggressively expanded their companies with strings of takeovers and marketing deals.

Bringing together Xstrata, the world's fourth-biggest diversified miner, and Glencore will create a group hoping to reap the reward of growing demand for commodities from China and other emerging economies.

Competition authorities are expected to have a hard look at the combined company, which will hold a big sway over markets like thermal coal, copper, zinc and ferrochrome.

"Many governments may take the opportunity to review Glenstrata's influence on their food and industrial and energy imports and exports so ... it might be forced to relinquish some of its other roles," said Neil Dwane, chief investment officer of RCM, a unit of Allianz Global Investors, an Xstrata shareholder.

Xtrata's Mr. Davis was confident of antitrust approval, saying authorities in the past have always treated the two companies as one unit due to their close ties.

"There is no need for the case to be notified to the (European) Commission as it has already ruled that Glencore already controls Xstrata, said an antitrust lawyer who declined to be named because of the sensitivity of the matter.

"But this is a tricky situation, there are some overlaps, so the regulator may decide to take a fresh look."

The combined group expects synergies of at least $500-million and to boost earnings to Xstrata shareholders in its first full financial year.

The new group will be the world's biggest exporter of coal for power plants, top integrated zinc producer and would have had revenues of $209-billion and adjusted core profit of $16.2-billion had they been together during 2011.

The size of the deal surpasses Rio Tinto's $38-billion takeover of Alcan in 2007. 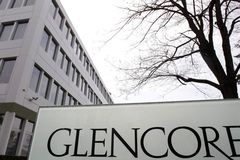 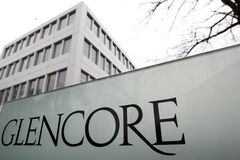 A giant Xstrata-Glencore would surely take a run at Anglo American
February 2, 2012 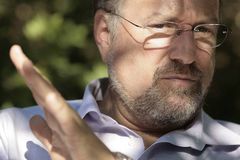 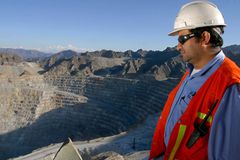 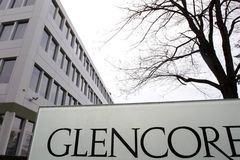